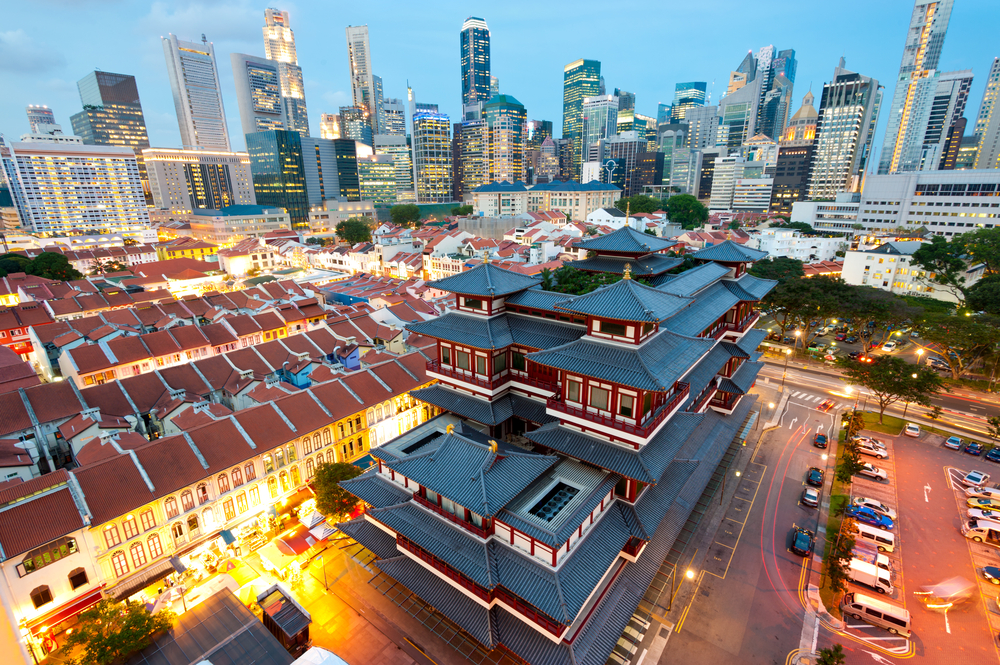 (MoneyWatch) See how this list compares to last year's rankings of the 10 best countries to live and work abroad.

As the economy continues to crawl out of its slump, more businesses will expand into new markets overseas, looking for a new set of consumers and a new labor force. That means there's opportunity for career-minded people willing to start a new life abroad with a global company.

According to HSBC's latest expat survey, expat wealth remains widely immune to global economic troubles, even in countries which have experienced turbulence over the years.

These 10 countries offer more than great economic opportunity, according to the survey. They also provide new residents a good environment for raising a family and a great overall experience -- respondents reported having an easy time adapting the local culture, getting used to local foods and meeting new friends.

Click through to see the top 10 countries according to the survey. See also: 10 Best Places to Retire

Known as one of the financial capitals of the world, the U.K. is popular with expats from every country.

Expatriates relocating to the U.K., and London in particular, can expect to pay a hefty price tag for housing. The city was ranked the 18th most expensive city on Mercer's Cost of Living Survey in 2011, making it the most costly city in the U.K. Wages generally reflect this, but be prepared for sticker shock when searching for an apartment or going to the grocery store.

Amsterdam, the capital city of the Netherlands, is a popular destination for expats looking for jobs in the business services, health and welfare services, trade and transport and communications sectors.

The cost of living in the Netherlands is inexpensive compared with some other European countries, but it's not cheap. Foreigners are only eligible for "free sector" apartments, which means there is no cap on how much the landlord can charge and expats should expect to pay big money for little space.

Moving tips: 5 things to do before you move

Expats looking for work in the IT, manufacturing, finance or international marketing fields will have good luck in China, according to Expat Info Desk.

In France, popular industries include the manufacturing and distribution of machinery, chemicals, automobiles, aircraft, electronics and textiles.

The capital city of Paris is a popular destination for expats because, like most big cities, it offers good job opportunities and plenty of recreational activities. Living in the City of Light is costly -- it ranks as the 27th most expensive place to live on Mercer's index -- and expats should plan to spend more than 990 euro ($1,317) a month for a basic one bedroom apartment in the city center.

This location isn't very exotic for those of us currently living in the U.S., but thousands of expats flock to the States every year. Many of them are relocated to big cities like New York, which is widely regarded as the epicenter of the global finance, media and fashion industries.

Rental rates and expenses vary depending on where you live, but New York is the most expensive city in the U.S. Expats relocating to the city should be prepared for sticker shock -- a basic studio apartment can cost anywhere from $1,800 to $2,500 per month.

Companies are drawn to the land "down under" because of the huge potential market and the abundant and diverse natural resources available.

Australian cities have gotten more expensive in recent years; Sydney and Melbourne, two of the most popular cities with expats, are the 11th and 18th most expensive cities in the world. Apartments in Sydney average 545 Australian dollars ($583) a week, while apartments in Melbourne run AU$383 ($377) a week.

According to Country Guides, Mexico is a go-to destination for global companies looking to expand into the rich markets of the U.S. and Canada. While plenty of expats come to Mexico for work, many others come to retire and enjoy the nice weather and relatively low cost of living. Emigres moving to the country for work can expect to spend an average of 6,345 pesos ($495) on a one-bedroom apartment in an urban area like Mexico City.

Celebrity garages any gearhead would want

The UAE is popular with expats from all over the globe due to its high quality of living and large expatriate workforce. Many of those newcomers head to Dubai, the 81st most expensive city on Mercer's index.

Hong Kong is a major financial center, and serves as an important trade and cultural center. Recently, the combination of low taxes and a high standard of living has begun to attract expats from all over the world.

The perks of living in this Hong Kong come at a price. Expatriates moving here for work can expect to pay an average of 21,949 Hong Kong dollars ($2,830) for a two-bedroom apartment. If you're traveling to Hong Kong with family and need more space, remember it comes at a premium price: expats should budget more than HK$124,094 ($16,000) a month for a luxury three-bedroom.

Life in this modern trade and finance center doesn't come cheap. The city of Singapore -- which goes by the same name as the country -- is the eighth most expensive city in the world, according to Mercer's 2011 Cost of Living Index. Groceries are inexpensive, but nightlife and housing are costly.