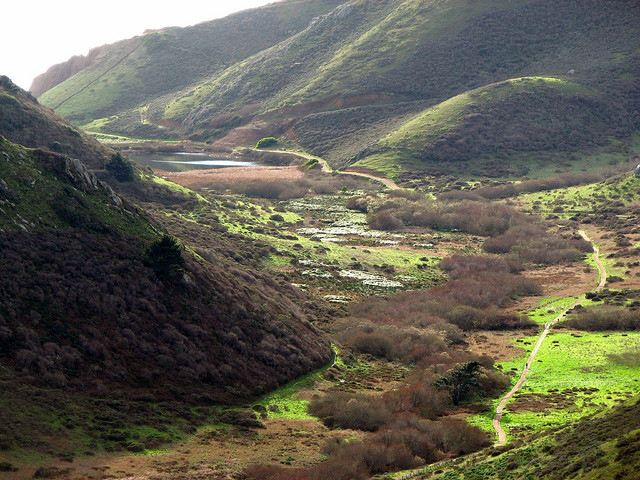 It's a study that will warm Joe Namath's heart. The erstwhile football star has been pitching a Tennessee real estate development, emphasizing the state's affordability for retirees. Now a financial planning website called BankRate.com has released a ranking that puts Tennessee at the top of their list of best states for retirees.

BankRate's analysis aimed to look at all the economic questions that the site's readers would be most interested in, from the cost of living to taxes, says Chris Kahn, the site's statistics and research analyst. But it also evaluated crime rates and health care access. The results are surprising -- far from the Sunbelt states that lure millions of retirees a year.

The thing to remember, he adds, is that there are a lot of non-economic factors -- like where your friends and family live -- that will also have a big impact on where you'll be happiest in retirement. "Go where your heart desires, but prepare," he says. "A lot of the popular places to retire like California, Florida and New York are going to require a lot more financial preparation than the places on this list."

Here are the 10 best states to retire, according to BankRate.

Credit the fact that Tennessee has the nation's second-lowest cost of living (just behind Oklahoma, which didn't make the retiree havens list) and that its state and local tax burdens are third-lowest in the nation and you have the keys to why it ranked #1 on BankRate's best states for retirement analysis. Its weather is also nice and it boasts excellent access to health care.

Once you get through hurricane season, Louisiana has it all going on. Low taxes, good medical care, a low cost of living -- not to mention jazz and beignets. Crime? Well, that depends on where you settle in the state. New Orleans has a fairly high crime rate, scoring in the bottom 11% of America's cities. But the crime rate is somewhat better in other parts of the state, though still higher than the national average.

Pack your parka. The Mount Rushmore state may lack a warm climate, but it makes up for that by having the lowest crime rate in the nation. (Given that the average temperature over the past 30 years is a chilly 46 degrees -- and, yes, that factors in summers -- it's too dang cold to go out and cause trouble.) Other pluses: The state and local tax burden is second-lowest in the nation (following Alaska).

Like horses? Even if you don't, the Bluegrass state has a mild temperature, a slightly lower-than-average crime rate and one of the lowest costs of living in the country.

Mark Twain's old playground down the Mississippi river accounts for four of the top 10 -- Tennessee, Louisiana, Kentucky and Mississippi. The Magnolia state is not only among the warmest states in the nation, it also has low income and sales taxes and a modest cost of living. The other side of the coin? The crime rate is a bit higher than the national average and it only has 178 doctors per 100,000 people -- one of the lowest physician-to-resident ratios in the nation.

It's got a low cost of living, warm temperatures, good medical access and one of the lowest crime rates in the country. There's also Monticello, Thomas Jefferson's historic plantation, scenic Colonial Williamsburg and the Blue Ridge Parkway. If you don't want to move there, the state is at least worth a long visit.

Head northwest into West Virginia and you'll find many of the same benefits of its sister state -- low taxes and cost of living, good access to health care and a temperate climate - as well as an abundance of trout streams and hiking trails. The state, which sits in the heart of the Appalachian mountains, also provides a way to step back in history at Harper's Ferry.

Hummmm. Detecting a trend? The Appalacian region, which spans 13 states, contributes six states to the top 10 for retirees -- and for many of the same reasons. Alabama has a low cost of living, modest tax levies on both income and sales and a nice climate. The crime rate and access to health care are not as attractive, with 4,026 crimes per 100,000 residents vs. the national average of 3,253, and a worse-than-average rating on access to doctors and hospitals.

Do you think billionaire Warren Buffet would continue living there if it wasn't nice? The Cornhusker state ranks 9th on the BankRate list because of great acess to health care, a low crime rate, a modest cost of living. Okay, the temperature is a little below the national average, coming in at a chilly 49.2 degrees over the past 30 years. And the state tax burden is pretty standard. Still, other rankings, such as Kiplinger's best value cities list and best places to raise your kids, put Nebraska near the top.

It's got the second-best access to hospital beds in the country and the second-lowest crime rate. Taxes are modest, but good heavens, it's cold. The average temperature over the past 30 years comes in at a frigid 41 degrees. Think you might want to retire to a warmer but more expensive state? Check out BankRate's "countdown to retirement" for more information on these possible retirement venues.