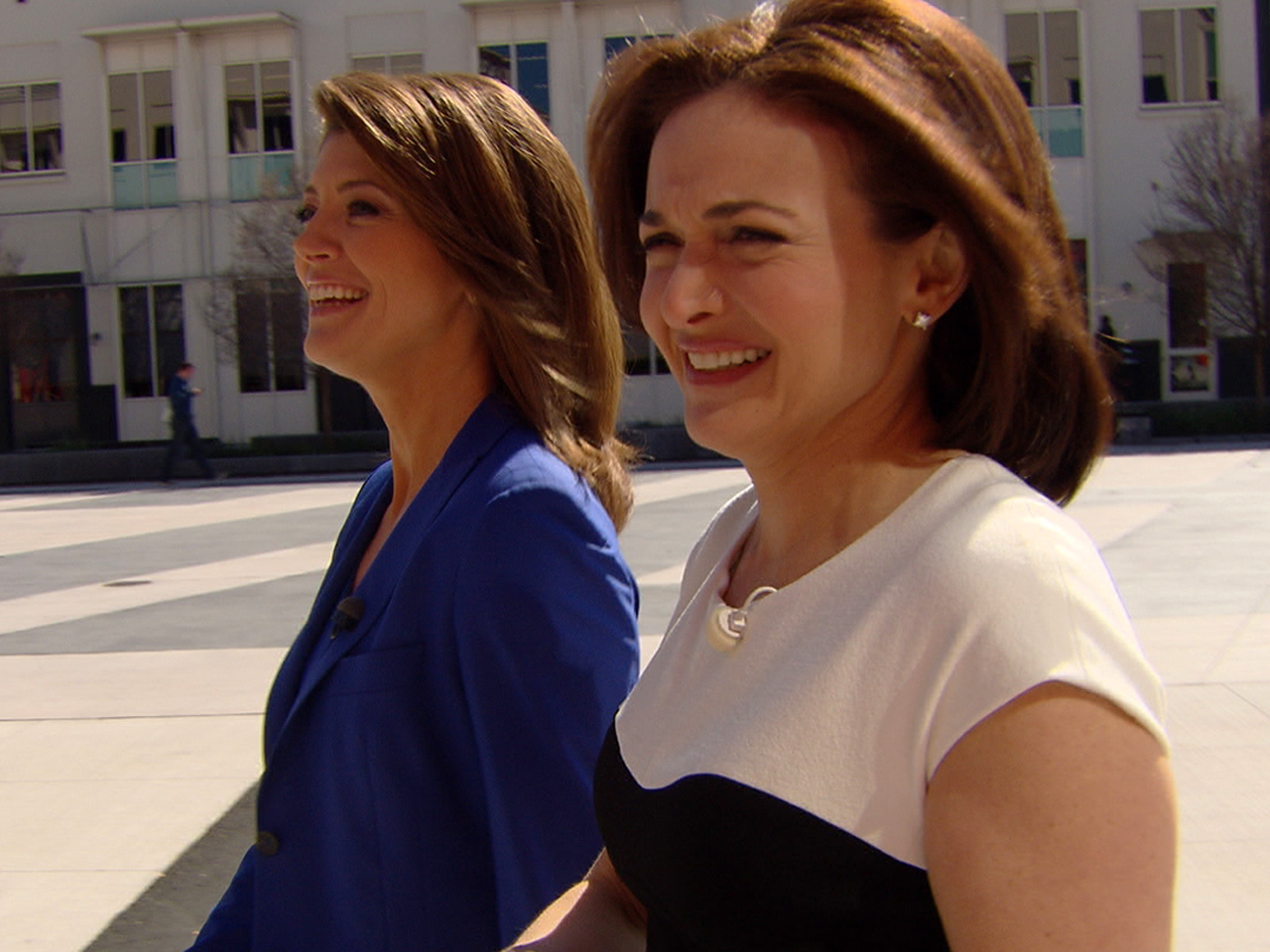 In 2008, Facebook founder Mark Zuckerberg needed someone to help him run his social network. Sheryl Sandberg and her husband, David Goldberg, describe Sheryl's secret business meetings with Mark at their house.

Facebook's Sandberg on her job and Zuckerberg

How Zuckerberg's advice led to "Lean In"

Sheryl Sandberg says that her book, "Lean In," would not have been written without some crucial advice from Facebook founder Mark Zuckerberg.

Facebook's Sandberg on her job and Zuckerberg

Facebook COO Sheryl Sandberg publicly disclosed that she leaves the office at 5:30 p.m. every day. She tells Norah O'Donnell that she used to get nervous her departure time could get her fired.