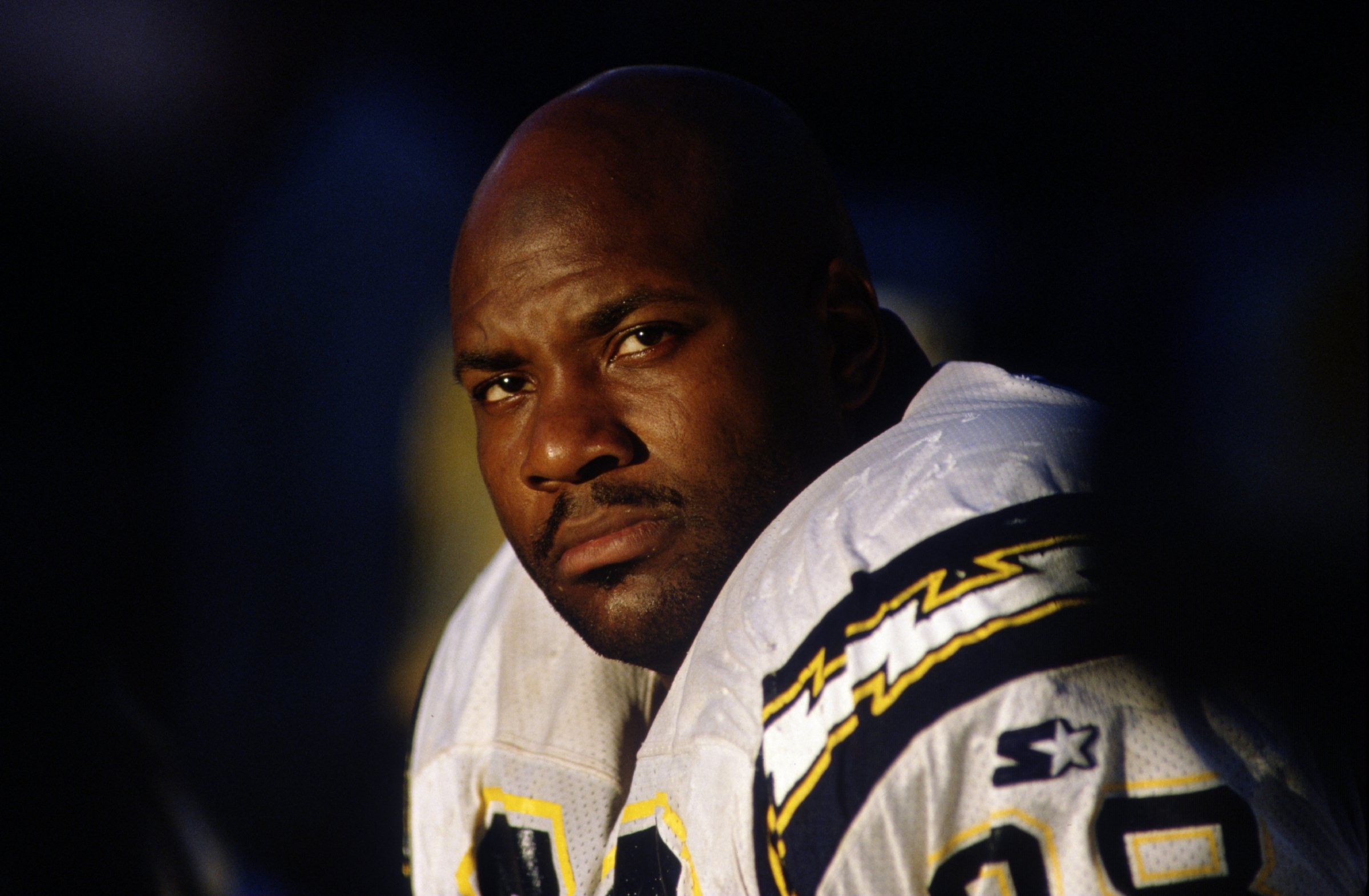 (CBS/AP) Former star linebacker Junior Seau, 43, died on Wednesday, in an apparent suicide, according to police. Police Chief Frank McCoy said Seau's girlfriend reported finding him unconscious with a gunshot wound to the chest and lifesaving efforts were unsuccessful. The fifth overall pick overall in the 1990 draft, Seau was voted to a Chargers-record 12 straight Pro Bowls and was an All-Pro six times.

Seau's death is the eighth among the 1994 San Diego Chargers, who won the AFC title and lost to the San Francisco 49ers in the Super Bowl. The longevity odds are already stacked against NFL players - life-expectancy rates are 53 to 59, depending on position, according to one study. But the 1994 Chargers have suffered through an unusual string of young casualties - with each player dying under a variety of circumstances.

Lew Bush, linebacker, 42, died on December 2011, of an apparent heart attack. Bush was drafted by the Chargers in the 4th round (99th overall) of the 1993 NFL draft and played seven seasons in San Diego. He would play three more seasons for the Kansas City Chiefs and later served as a pre-game commentator for Charger radio broadcasts.

Shawn Lee, defensive tackle, 44, died in February 2011, of a heart attack in Raleigh, N.C. A star defender on the '94 AFC champs, Lee was one half of the "Two Tons of Fun" tandem with Rueben Davis. At the time of his death, Lee was the sixth member of the Super Bowl team to pass away. "Not again," former Chargers running back Natrone Means told the San Diego Union-Tribune after hearing about Lee's death. "It's crazy, just crazy, that we've had so many guys who have fallen. I can't make any sense of it. I've given up trying. You just hope you quit getting these random messages out of nowhere that another teammate has passed away."

Chris Mims, defensive end, 38, died in 2008. Mims played seven seasons for the San Diego Chargers and one season with the Washington Redskins. Mims, who was drafted by the Chargers in the first round of the 1992 NFL Draft, enjoyed his best season in 2004, recording 11 sacks and three forced fumbles. On October 15, 2008, Mims was found dead in his L.A. home by officers executing a welfare check. Mims, who weighed over 450 pounds at the time of his death, died of an enlarged heart, according to the coroner.

Curtis Whitley, center, 39, died in 2008. Whitley played six seasons in the NFL, including three for the San Diego Chargers (1992-1994), who selected him in the 5th round of the NFL draft. Whitley was found dead in a Texas trailer on May 11, 2008. Though his death was ruled a drug overdose, his family filed a wrongful death suit against the NFL. The lawsuit, which said Whitley suffered from a condition known as chronic traumatic encephalopathy (CTE), accused the league of "conceal[ing] important medical information," according to nflconcussionlitigation.com.

Doug Miller, linebacker, died in July 1998 after being struck by lightning - twice - in Colorado, killing him at age 28. Miller, a Cheyenne, Wyoming native who played at South Dakota State, was a backup in the NFL, playing in 23 games. Though his NFL career lasted only two seasons, he was on the Chargers' Super Bowl team in 1994.

Rodney Culver, running back, 26, died in a 1996 plane crash. Culver and his wife, Karen, were among the 110 people who perished when a ValuJet flight from Miami to Atlanta crashed into the Florida Everglades on May 11, 1996. In his four-year NFL career, the fourth-round pick out of Notre Dame rushed for 689 yards and scored 12 touchdowns.

David Griggs, linebacker, 28, died in July 1995. Five months after the team lost to the 49ers in Super Bowl XXIX, Griggs died in a car crash in Florida. The Camden, N.J. native was drafted in the seventh round of the 1989 draft by the New Orleans Saints. Griggs, who played his first five seasons with the Miami Dolphins, finished his career with 14.5 sacks and 1 interception.