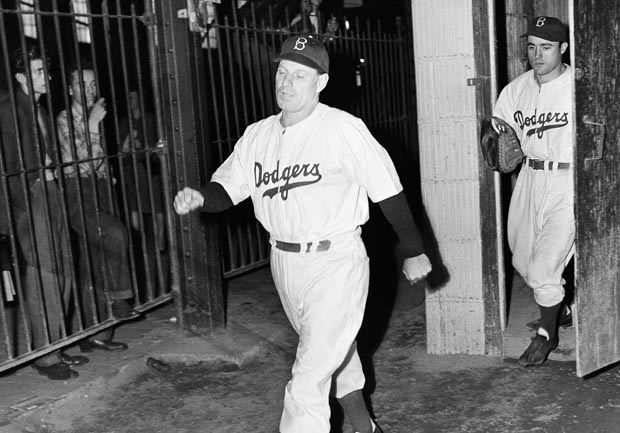 (CBS/AP) Former star pitcher Roger Clemens is on trial (again) and the case has a little bit of everything: a baseball superstar, accusations of steroid use, alleged lies, a former teammate and close friend reluctantly testifying against Clemens, and taxpayer anger.

On Wednesday, the trial took a turn when pitcher Andy Pettitte acknowledged that he might have misunderstood Clemens when Pettitte said he heard his former teammate say he used human growth hormone.

Asked by Clemens' lawyer if it was fair to say it was "50-50" that Pettitte misunderstood the conversation from 1999 or 2000, Pettitte responded, "I'd say that's fair." However, just the day before, under questioning from a government prosecutor, Pettitte had testified, "Roger had mentioned to me that he had taken HGH."

While many have debated the merits of the trial of itself, no one can deny that the Clemens trial is just the latest example of a big name from baseball becoming embroiled in scandal. Here is a look at some of the other cases in which the sport's major figures got into hot water.

The "Black Sox" were acquitted on Aug. 3, 1921, but banned from the game by Landis the following day.

"Regardless of the verdict of juries, no player who throws a ballgame, no player that entertains proposals or promises to throw a game, no player that sits in conference with a bunch of crooked players and gamblers where the ways and means of throwing games are discussed and does not promptly tell his club about it, will ever play professional baseball," Landis wrote.

April 9, 1947 — Brooklyn Dodgers manager Leo Durocher was suspended for one year by Commissioner Albert B. "Happy" Chandler "as a result of the accumulation of unpleasant incidents in which he has been involved which the commissioner construes as detrimental to baseball."

Chandler refused to say if the incidents included associations with gamblers, but Durocher's friends included actor George Raft, alleged to have worked at gambling clubs, and mobster Bugsy Siegel. The previous month, Durocher and Dodgers President Branch Rickey accused Yankees President Larry MacPhail — the former Dodgers president — of having two alleged gamblers, handicapper Memphis Engleberg and casino manager Connie Immerman, in his box during an exhibition game between the Dodgers and Yankees in Havana. MacPhail retaliated by filing a complaint with Chandler.

More dirt: in April 1946, Durocher had been found not guilty in Brooklyn of second-degree assault involving 23-year-old John Christian at Ebbets Field on June 9, 1945. Durocher had been accused of breaking the fan's jaw. Durocher also had been criticized by Brooklyn's Catholic Youth Organization for having an affair with actress Laraine Day, who was married. Durocher and Day married in El Paso, Texas, on Jan. 21, 1947, a day after she obtained a divorce in Juarez, Mexico, from Ray Hendricks.

Feb. 3, 1993 — Cincinnati Reds owner Marge Schott was suspended for one year and fined $25,000 by the game's executive council for bringing "disrepute and embarrassment" to baseball with her repeated use of racial and ethnic slurs. The suspension was shortened to eight months for good behavior.

Schott also took heat for allowing her St. Bernards to roam -- and relieve themselves -- wherever they pleased around Riverfront Stadium. In 1999, Schott sold her controlling interest in the Reds for $67 million. Two years later, she died at age 75 in Cincinnati.

Another player affected was Andre Dawson, who went from the Expos to the Cubs as a free agent after the 1986 season. An eight-time All-Star, Dawson won the Most Valuable Player Award in 1987 and was elected into the Hall of Fame in 2010.

Pete Rose gets lifetime ban from baseball in 1989

Aug. 24, 1989 — Baseball Commissioner A. Bartlett Giamatti announced Cincinnati Reds manager Pete Rose agreed to a lifetime ban from baseball following an investigation of his gambling, which concluded Rose made 412 baseball wagers between April 8 and July 5, 1987, including 52 on the Reds to win.

Rose, a 17-time All-Star, is the all-time Major League leader in hits (4,256) and games played (3,562). Despite finally publicly admitting he bet on baseball games in 2004, the player known as "Charlie Hustle" remains suspended from the game indefinitely. Baseball fans continue to debate whether Rose should be reinstated and whether he should be elected to the Hall of Fame.

Dec. 13, 2007 — A 409-page report by former Senate Majority Leader George Mitchell to baseball Commissioner Bud Selig links 85 players to performance-enhancing drugs, among them are Clemens, Barry Bonds, Jason Giambi, Jose Canseco, Miguel Tejada and Pettitte. The House Oversight and Government Reform Committee holds hearings on the report in early 2008. On Aug. 19, 2010, Clemens is indicted by a federal grand jury in Washington on one count of obstruction of Congress, three counts of making false statements to Congress and two counts of perjury, all related to his testimony and a deposition he gave committee staff on Feb. 5, 2008.