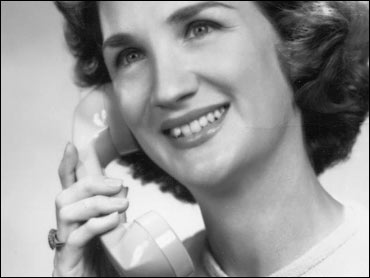 One in 4 households has a cell phone but no traditional landlines, a trend led by the young and the poor that is showing no sign of abating.

The 25 percent who had only a mobile phone in the last half of 2009 was up 2 percentage points from the first half of the year, according to data reported Wednesday by the federal Centers for Disease Control and Prevention. Spotlighting how steadily people's telephone habits are evolving, in the beginning of 2006 just 11 percent of homes had only a cell.

The move away from landlines - just 15 percent of households have a traditional phone and no cell phone, about half the rate of 2006 - is having a widespread effect. It affects everything from how telephone companies stay profitable to how polling firms and government agencies gather data to how 911 service providers locate people in need of help.

Staying steady is the nearly 6 in 10 share of households with both landline and cell service. That figure has essentially remained constant since the beginning of 2007.

Stephen Blumberg, a senior scientist at the CDC and an author of the report, said he believes the tough economic times are having little effect on the switch from landlines to cells. One possible exception - a sharp increase in the number of children from cell-only households, which he said partly reflects a growing number of children living in rented housing as their families' homes were foreclosed.

Younger people are leading the way to a cell-only world. More than a third of people under age 35 - including about half of those age 25 to 29 - have only cell phones. The figure drops steadily at age 35 and after, with only about 1 in 20 people age 65 and older relying only on mobile service.

The report also found that:

-More than 4 in 10 renters had only cells, about triple the rate for homeowners.

-15 percent of adults in the Northeast had only cell phones, while the figure for those in other parts of the country ranged from 22 to 26 percent.

The data was compiled by the National Health Interview Survey, which is conducted by the CDC. The latest survey involved in-person interviews with members of 21,375 households conducted from July through December 2009.