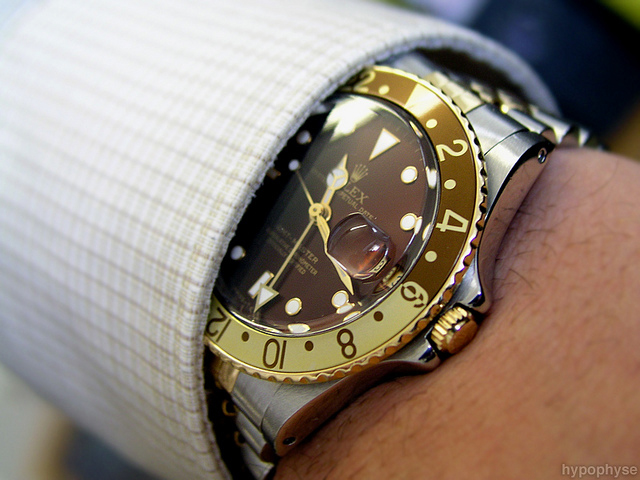 (MoneyWatch) COMMENTARY Money and its material manifestations are the most typical measures of a person's professional success, but they're not always telling or even accurate: We all know it's possible to buy nice things without being financially successful (debt is an unfortunately common substitute for net worth). So I rarely make assumptions about a person's business or other financial accomplishments based on clothes, cars, boats or houses.

Knowing and dealing with many highly successful people, I've found that there are behaviors and characteristics that are much less superficial and more telling than just acquiring status symbols. In my observation of ultra-high achievers, the more professionally successful they are:

- The less stuff they carry: The most successful people I know never carry laptops, briefcases or much of anything else, other than (usually two) phones.

- The fewer calls they answer or return: Even with those two phones, top dogs rarely return calls that aren't critical to their own business or personal needs.

- The harder they are to reach by anyone or any means.

- The less time they spend at a computer.

- The shorter their e-mails. You might say that Alphas use less alphabet.

- The less social media they use (except for celebrities).

- The less they know, stay current, or care about pop culture (again, except for celebrities).

- The less TV they watch (except sports, especially anything involving their alma maters).

- The more non-leisure stuff they do that's not directly related to their business (charities, boards, outside investments).

- The more newspapers they take off the flight attendant's cart in First Class (unless they're on their own plane, which makes all the other points moot).

Some of these behaviors are obvious, some may seem ironic, and of course none are meant to suggest that business and money are the only measures of a successful life. Some of the observations are made with a little ribbing intended, and none are scientific, though I'll bet they could be: I don't know a single mega-successful business person who doesn't exhibit at least half of these traits.

Truth be told, much of the list doesn't bode well for me, much less my shot at that sweet Gulfstream 650 I've had my eye on. I carry a laptop (I sort of have to, since I make bags for them), I return more calls and messages than I ignore, I only have one phone, and I'm not well-known for brevity in my e-mails. And for the most part, I don't care -- I don't like some of these characteristics in others, and there are parts of my life, personality and business behavior that I'm not interested in changing. If that keeps me out of the most rarified air, so be it.

But there is an important central theme that's valuable to all of us, regardless of where we are on the ladder, whether we admire these behaviors or are put off by them, or whether the list accurately reflects our own style or aspirations. No matter what combination of these characteristics the Masters of the Universe might possess, the bottom line is the same: Without exception, the people at the very top of the business ladder don't waste time.