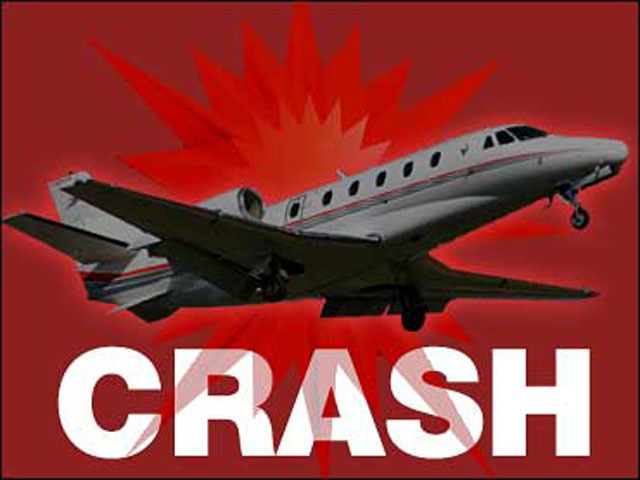 (AP) ACCRA, Ghana - A cargo plane attempting to take off from Ghana's capital crashed Saturday night, slamming into cars and a bus loaded with passengers on a nearby street, killing at least 10 people, officials said.

The crash happened in Accra near the Kotoka International Airport, which sits near newly built high-rise buildings, hotels and the country's Defense Ministry. Witnesses said the plane first smashed through the fence that runs around the airport before hitting the bus.

At least 10 people were killed in the crash, all in vehicles on the road struck by the plane, said Billy Anaglate, spokesman for the Ghana Fire Service. Ambulances took the injured to nearby hospitals.

An official at the airport's control tower declined to comment when reached Saturday night, saying no one was available to discuss the crash. Police officials also refused to immediately comment.

Police and soldiers quickly cordoned off the neighborhood where the plane crashed. The area is near to El-Wak Sports Stadium and Hajj Village, where Muslims in the country stay before they journey to Mecca.

Local television showed images of the plane lying across a road with its tail damaged as the flight crew jumped off and received help from emergency responders.

Witnesses said the plane was labeled as belonging to Allied Air Cargo. The name and symbols on the aircraft matched those of a Nigerian air freight company based out of Lagos. Telephone numbers for the company in London, Lagos and the Nigerian city of Port Harcourt rang unanswered Saturday night.

Ghana, a nation of more than 25 million in West Africa, has not had a major airplane crash in recent years. The last air emergency the country had was in June 2006, when a TAAG Linhas Aereas De Angola flight to Sao Tome hit birds during takeoff. The plane landed safely and none of the 28 people onboard were injured.