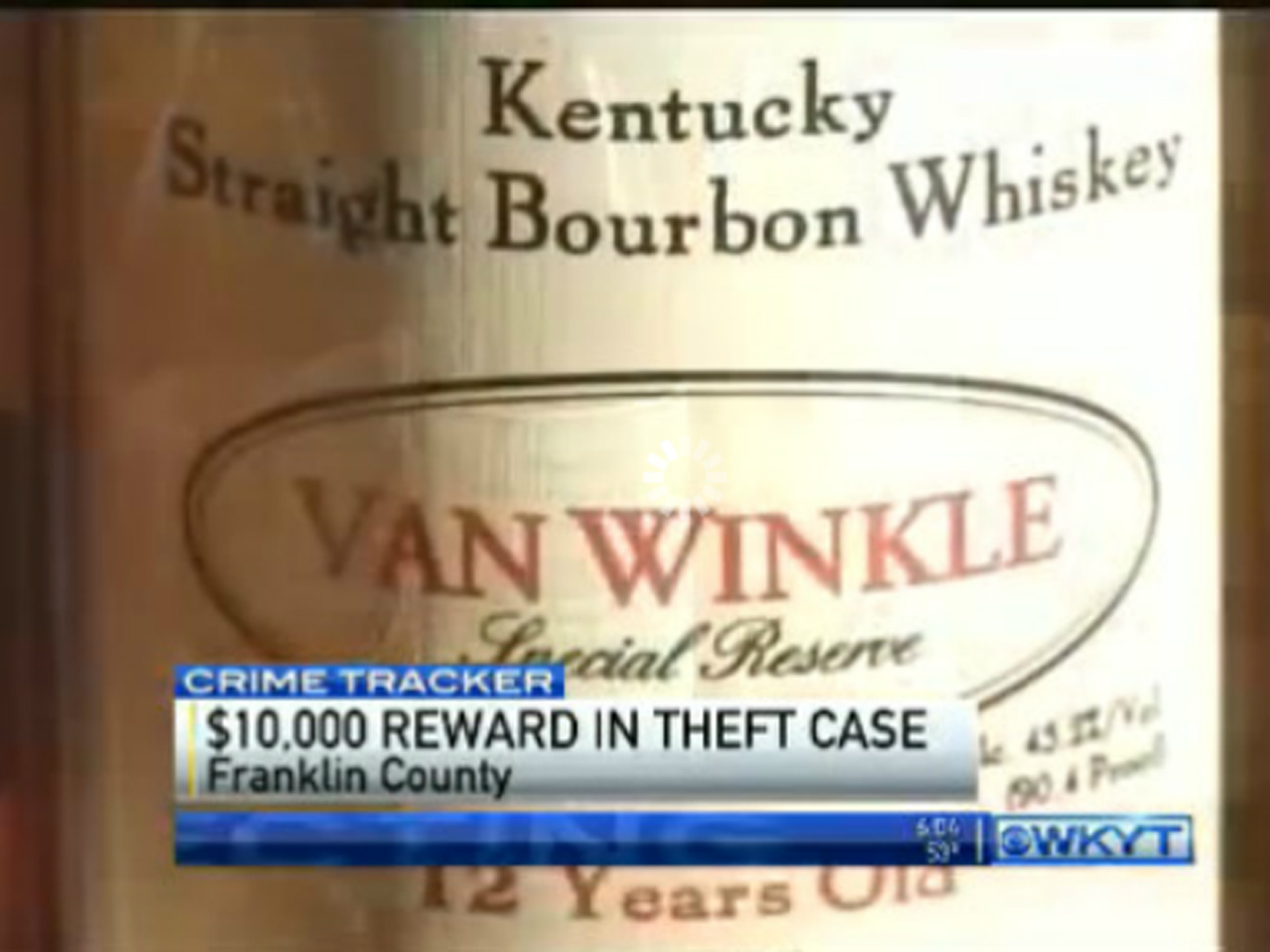 LOUISVILLE, Ky. - Kentucky authorities are offering a $10,000 reward for information that helps authorities solve the disappearance of hundreds of bottles of pricey bourbon.

The 65 cases of 20-year-old Pappy Van Winkle bourbon and nine cases of 13-year-old Van Winkle Family Reserve rye were taken from the Buffalo Trace Distillery at Frankfort in mid-October.

The missing whiskey is valued at more than $26,000, and the case has become a compelling mystery in a state that produces 95 percent of the world's bourbon.

Franklin County Sheriff Pat Melton said Monday the reward could provide "a heck of a Christmas" for someone who helps crack the case.

Melton says a crime stopper's group put up $1,000, but he declined to identify any other donor.

According to CBS affiliate WKYT, the sheriff says his detectives have interviewed more than 100 people in connection with the case and he feels as though they are closing in on making an arrest.