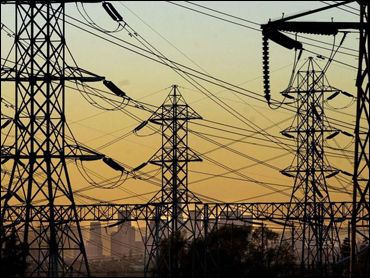 Juno Beach, Fla.-based FPL Group, with operations nationwide, derives most of its revenue from its utility subsidiary, Florida Power & Light. Constellation Energy, based in Baltimore, operates Baltimore Gas and Electric, but gets most of its sales from nonregulated operations, including energy trading.

The combined company, to be called Constellation Energy, will have a market capitalization of about $28 billion, revenue of $27 billion and total assets of $57 billion.

FPL has more generation capacity and less peak demand, while Constellation, a major power trader, is in the opposite position, executives from the two companies told investors in a conference call.

"The pursuit of this transaction and why the marriage made so much sense to us is that now we can grow without constraint," said Mayo A. Shattuck, chairman, president and chief executive of Constellation Energy, who will become chairman of the new company's board.

Lewis Hay, chairman, president and chief executive of FPL Group, who will CEO of the new Constellation Energy, said both sides felt it was important to choose partners before industry consolidation eliminated their options.

"I think we were both vulnerable to other people taking actions that could pre-empt that," Hay said.

FPL shareholders will own 60 percent of the combined company, while shareholders of Constellation Energy will own about 40 percent.

Based on FPL's closing share price of $42.95 on Friday, Constellation's shares would be valued at about $11.07 billion after the deal closes. The companies said Constellation shareholders will get a 15 percent premium over the average closing price over the 20 days ended Dec. 13.

FPL will have nine seats on a 15-member board, while Constellation will get the other six.

Shelby Tucker, a Bank of America analyst, said Constellation may have sold out too cheaply.

"We are somewhat surprised by the low exchange ratio that Constellation management has agreed to," Tucker wrote in a note on the deal. "In our view, Constellation would have reached the implied $61 to $62 of value per share before the deal closes."

"That being said, the level of accretion should lift the value of FPL shares, which will directly benefit Constellation's shareholders. In addition, the latter should also receive a sizable dividend boost from the combination."

While some jobs may be cut, Shattuck said he expected overall employment to grow as a result of the merger and said any job losses would be achieved through retirements and attrition.

Hay said he expected rates paid by consumers would fall over time, but not until at least 2008.

Following the merger, Constellation will have about 21,750 employees serving more than 5.5 million electric customers in Florida and Maryland and 625,000 gas customers in Maryland. The new company will also have the nation's largest electric generation portfolio, with a capacity of more than 45,000 megawatts.

Shattuck said he expected more mergers in the industry.

"Both Lew and I felt, `Let's pick our partners, get to the endgame soon so we can take advantage of other opportunities going forward,"' Shattuck said.

The boards of both companies have approved the deal. Shareholders are expected to vote on it in the second quarter of 2006, and the companies expect to receive the necessary regulatory approvals in nine to 12 months, the executives said.

Based on both companies' announced earnings expectations, the transaction is expected to add to earnings in the first full year of combined operations, excluding transaction and integration costs and the positive effects of purchase accounting.

In addition, the combined company is expected to generate at least $200 million to $250 million in pretax annual savings by the end of the third year after the merger. The majority of the savings are expected to result from consolidation of nonregulated business unit operations, sharing of best practices, improved procurement strategies, and consolidation of systems and support activities.

The new company's dividend is expected to be the same as FPL Group's dividend immediately before the merger. FPL paid a quarterly dividend of 35.5 cents Thursday.