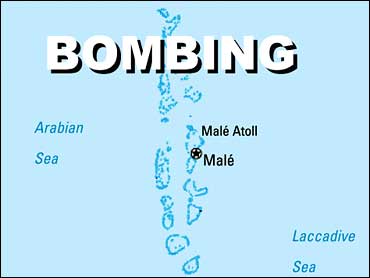 A bomb exploded at the entrance to a crowded recreation park in the Maldives, wounding at least 12 foreign tourists Saturday, a government official said.

Shareef said it was not immediately known how the bomb was detonated or where it was planted.

"The Maldives has never had something like this before. We are taking this very seriously because tourism is our life blood," he said.

Shareef said the park was crowded at the time of the blast, including many locals breaking their fast during the holy Islamic month of Ramadan.

"They (the tourists) are still in a state of shock and police have still not interviewed them," Shareef said.

Police have launched an investigation and the government will seek help from Interpol, the United States and India, Shareef said.

They did not yet have a motive, he said.

Tourism accounts for a third of the Maldives' economy, and the tiny country made up of hundreds of sandy atolls receives about 600,000 tourist every year.