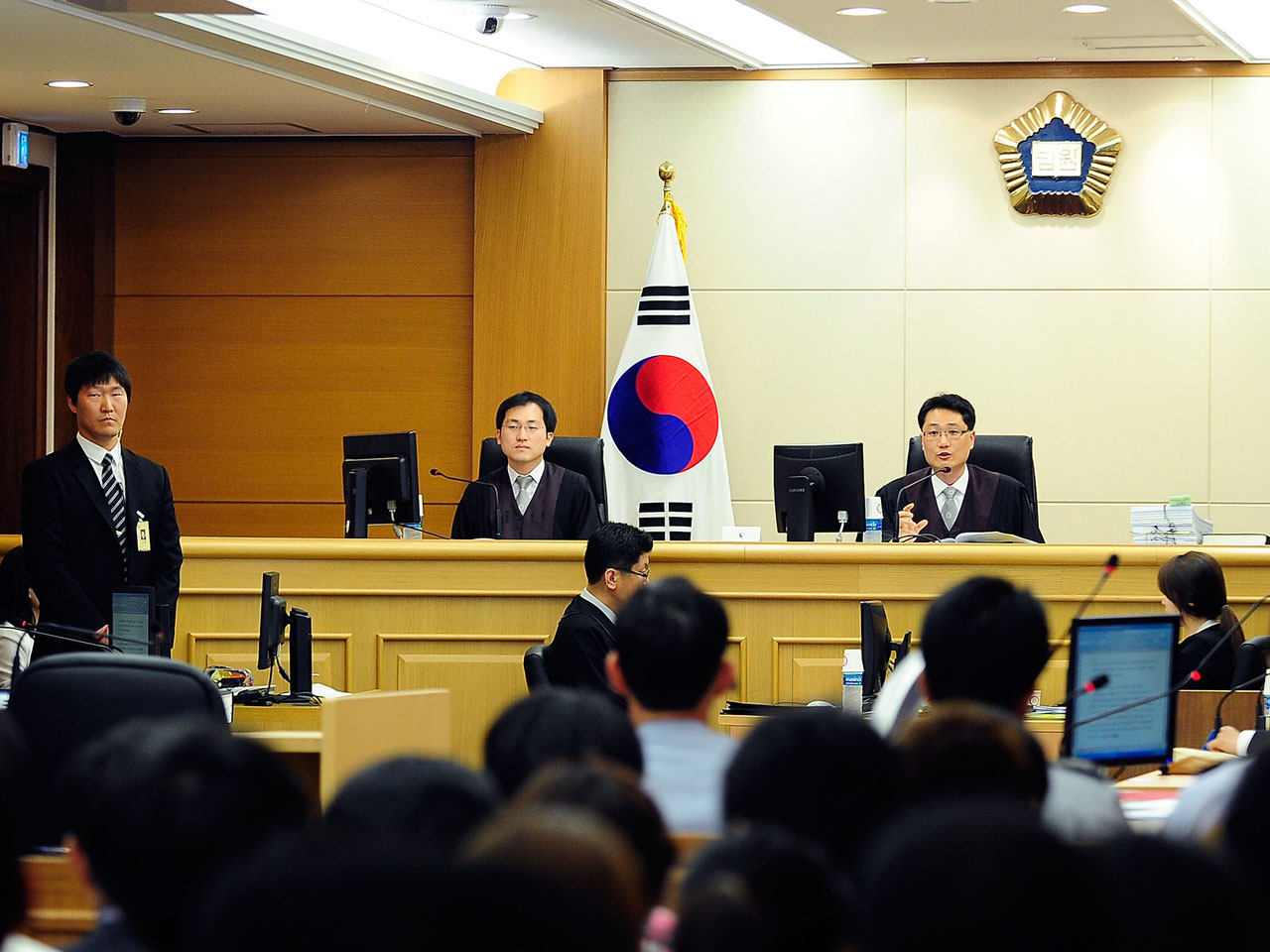 GWANGJU, South Korea - Fifteen crew members from the sunken South Korean ferry have appeared in court today, to enter pleas on charges of negligence for failing to save more than 300 dead or missing passengers.

As they stood, with heads bowed, in front of three judges, angry family members of the victims were cursing, shouting and weeping behind them. Many wore yellow ribbons in memory of those killed -- most of whom were students on a school trip.

The crowd erupted when one crew member appeared to smile, and a judge asked the defendants to show respect.

One spectator said, "Everybody should be sentenced to death."

One of the crew members wept so hard, she couldn't identify herself to the judges.

Because of time constraints today, only 11 of the 15 crew members who were in court were able to enter pleas of not guilty. The remaining four are scheduled to appear at a hearing in a week.

All of the surviving crew members responsible for the ship's navigation have been charged with negligence and with failing to do their duty to protect passengers. Several of the defendants acknowledged some responsibility at today's hearing, but they denied that they caused the sinking. They said they had little control over the stability of the ferry, which was overloaded with cargo.

The crew members are being defended by a half-dozen state-appointed lawyers -- three of whom started practicing law only this year.