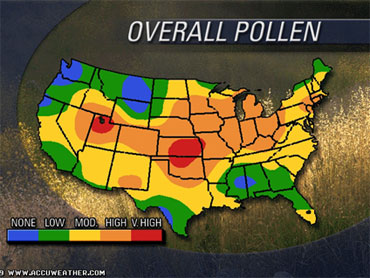 Seventeen-year-old John Lee Malvo's fingerprints were the only ones found on the rifle used in the sniper attacks, a prosecutor said Friday in a disclosure that could raise questions as authorities try to prove who pulled the trigger. Police also said they had linked the two suspects to a Maryland shooting nearly a month before last month's deadly spree.

The latest attack came Sept. 5 as Paul LaRuffa locked up his restaurant in suburban Lanham, Md., police said. He was shot six times at close range, but recovered from his injuries.

LaRuffa's assailant took his laptop computer, which authorities said was found in the suspects' car when they were arrested. LaRuffa would not immediately comment Friday night.

The announcement raised the number of shootings linked to Malvo and John Allen Muhammad to 19 nationwide.

Federal authorities have given Virginia prosecutors the first trial against the suspects, saying the state has the best chance of obtaining the death penalty. No trial has been scheduled.

A few miles away, Muhammad, 41, made his first appearance in a Virginia court and a judge said he would appoint a lawyer for him.

Last week, Horan said without elaborating that there was "an equal possibility" either Malvo or Muhammad gunned down FBI analyst Linda Franklin outside a Home Depot on Oct. 14 in Fairfax. Malvo is charged in that case.

Horan would not discuss evidence in detail, but said after the hearing that only Malvo's fingerprints were found on the .223-caliber Bushmaster XM15 semiautomatic rifle authorities believe was used in the killing spree. The gun was found in the men's car after their arrest Oct. 24.

According to CBS News Correspondent Joie Chen, prosecutors revealed some of their evidence at Malvo's hearing. For instance, prosecutor Horan said Malvo tried to escape shortly after being taken into custody by crawling up into the ceiling at a Baltimore lockup. His escape was foiled when he fell through the ceiling tiles into a nearby office.

Perhaps most chilling -- the only fingerprints on the rifle found in the suspects' vehicle were Malvo's.

"To the best of my knowledge, Muhammad's fingerprints are not on that rifle," Horan stated.

"I don't know whose fingerprints are on this manila envelope. Could be yours, could be Mr. Malvo, could be Muhammad. Doesn't mean he did anything with them. So fingerprint in and of itself is meaningless," argued Malvo's attorney Michael S. Arif.

Malvo, handcuffed and wearing a dark green jumpsuit, showed no emotion during his hearing.

Arif, a court-appointed attorney, said he was considering filing a change of venue motion and would advise Malvo to plead innocent. He also said he was concerned to hear Malvo was interrogated for seven to eight hours Thursday night.

"I'm not at all comfortable with a 17-year-old being in police custody for that long without representation," Arif said.
.
Malvo will be held in an adult jail until a Dec. 5 hearing. Horan said FBI agents are trying to find Malvo's mother, who they believe now lives in Bellingham, Wash.

In adjacent Prince William County, Muhammad was formally charged with killing Dean Meyers as he pumped gas at a Manassas gas station Oct. 9. Judge Herman A. Whisenant Jr. asked Muhammad if he wanted a court-appointed lawyer.

"I thought I already had counsel," Muhammad replied, referring to a lawyer appointed earlier by a federal court.

The judge appointed defense attorney Peter Greenspun, who later declined to comment on the case.

"I've been representing him for all of six hours," he said. "I have nothing to say."

The two men have been accused of shooting 19 people, killing 13 of them, in Alabama, Georgia, Louisiana, Maryland, Virginia and Washington, D.C. Two other shootings, in Washington state, are under investigation.

Some of the shootings occurred in Prince George's County, Md., in the same town where Muhammad's ex-wife, Mildred, lived with her sister. Mildred Muhammad had fled there from Washington because she feared her husband would hurt her, according to court documents.