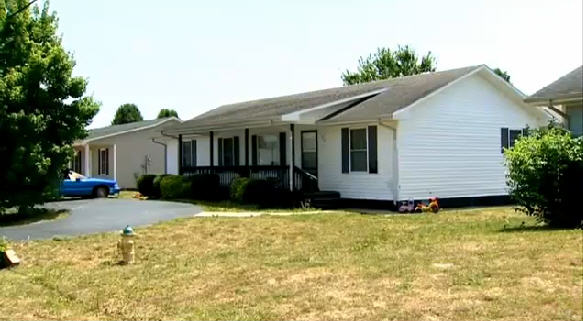 The mother of some of the children was arrested.

A neighbor, Annie Adams, heard cries from the house. Knowing more than a dozen children were living there, and that the couple, Irving Smith and Jackie Farah, had left the children alone in the past, she called the police, according to WKYT.

"I did hear babies crying and I knew there were no adults. And myself and my husband, we have four boys. And all I could think about was my four boys," Adams told WKYT.

When police arrived, they told WKYT that it was 90 degrees inside, and the children had been living on top of carpets covered in dog feces.

Detective Tim Robinson, of the Warren County's Sherriff's Department, told WKYT that there had been a family emergency. There had been a caretaker, but the couple led her "to believe that just a couple of kids were there, some older teens that could watch the younger children would be there."

The children were treated at a hospital and placed in state custody.

Farah returned from Chicago on Tuesday and was arrested and charged with 14 counts of criminal abuse and five counts of wanton endangerment for allegedly leaving the children home alone, reported the Bowling Green Daily News. She is currently being held without bond.

Police say that they're looking for others to be brought in for questioning.