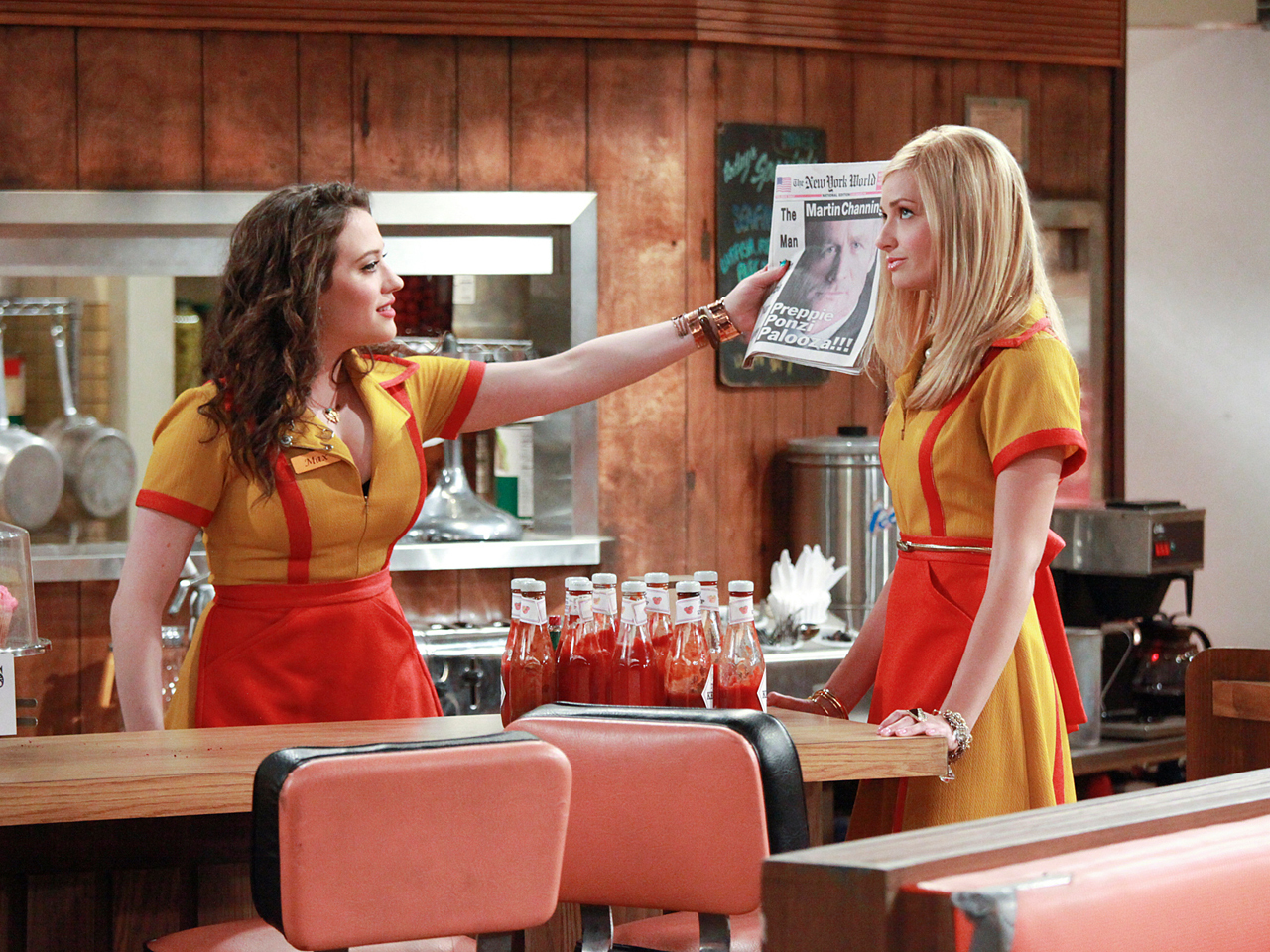 Will the two stars of "2 Broke Girls" -- Kat Dennings and Beth Behrs -- ever share a kiss in an episode?

That's the question fans often ask Dennings, but she has news for everyone.

"Trivia: [Beth and I have] done that already, it just got cut out," Dennings told KCBS' Suzanne Marques on the red carpet Thursday in Los Angeles. "This is true. We kissed in an episode. They thought it was a little unnecessary...so they cut it out."

Dennings and Behrs spoke along with their co-stars and executive producer Michael Patrick King during an audience panel at this year's PaleyFest, an annual event celebrating some of the best work in television.

Before the panel kicked off, cast member Jennifer Coolidge also had some fan requests to share.

"I had a man come up to me at a grocery store," she recalled. "He said, 'My wife is your biggest fan, will you sign this?' And it was a box of Stay-Free Maxi Pads. I thought that was kind of weird."

"I did," Coolidge replied.