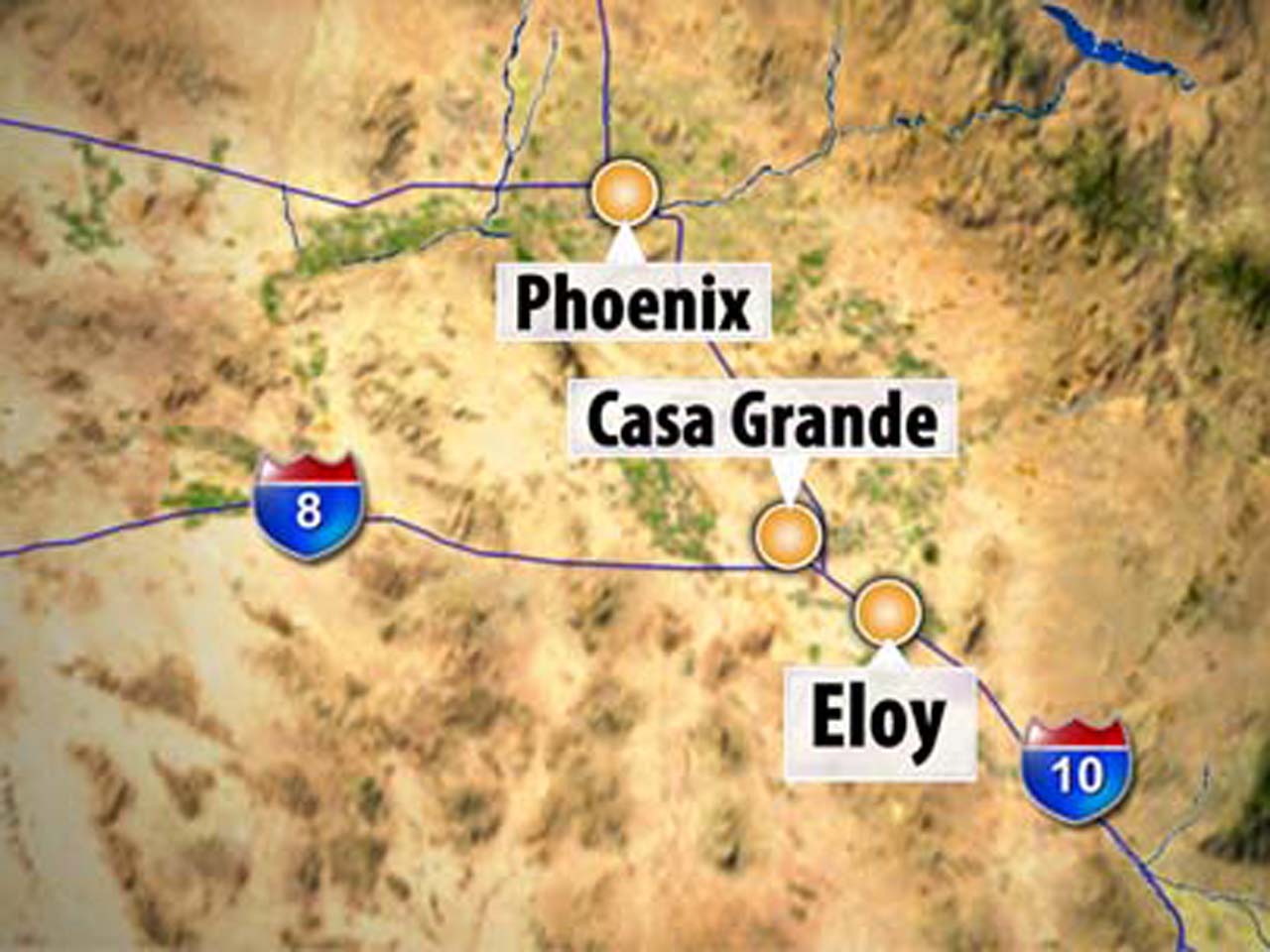 Two skydivers were killed and a third was injured Tuesday when they collided in midair during a jump in Arizona, authorities said.

The accident occurred at Skydive Arizona near Eloy. The skydivers were part of a group of 200 jumpers trying to set a world record, CBS affiliate KPHO reported. A witness told the station the group had completed five jumps and were attempting one more when the collision happened.

One skydiver was dead at the scene and a second was pronounced dead at Casa Grande Regional Medical Center, KPHO said. The third skydiver was taken to Maricopa Medical Center. The extent of that person’s injuries was not immediately known.

Officials from the Federal Aviation Administration were at the scene.

"In situations like this, the FAA's role - if any - would only be to determine whether the parachutes were properly packed by the appropriate person," said FAA spokesman Ian Gregor.