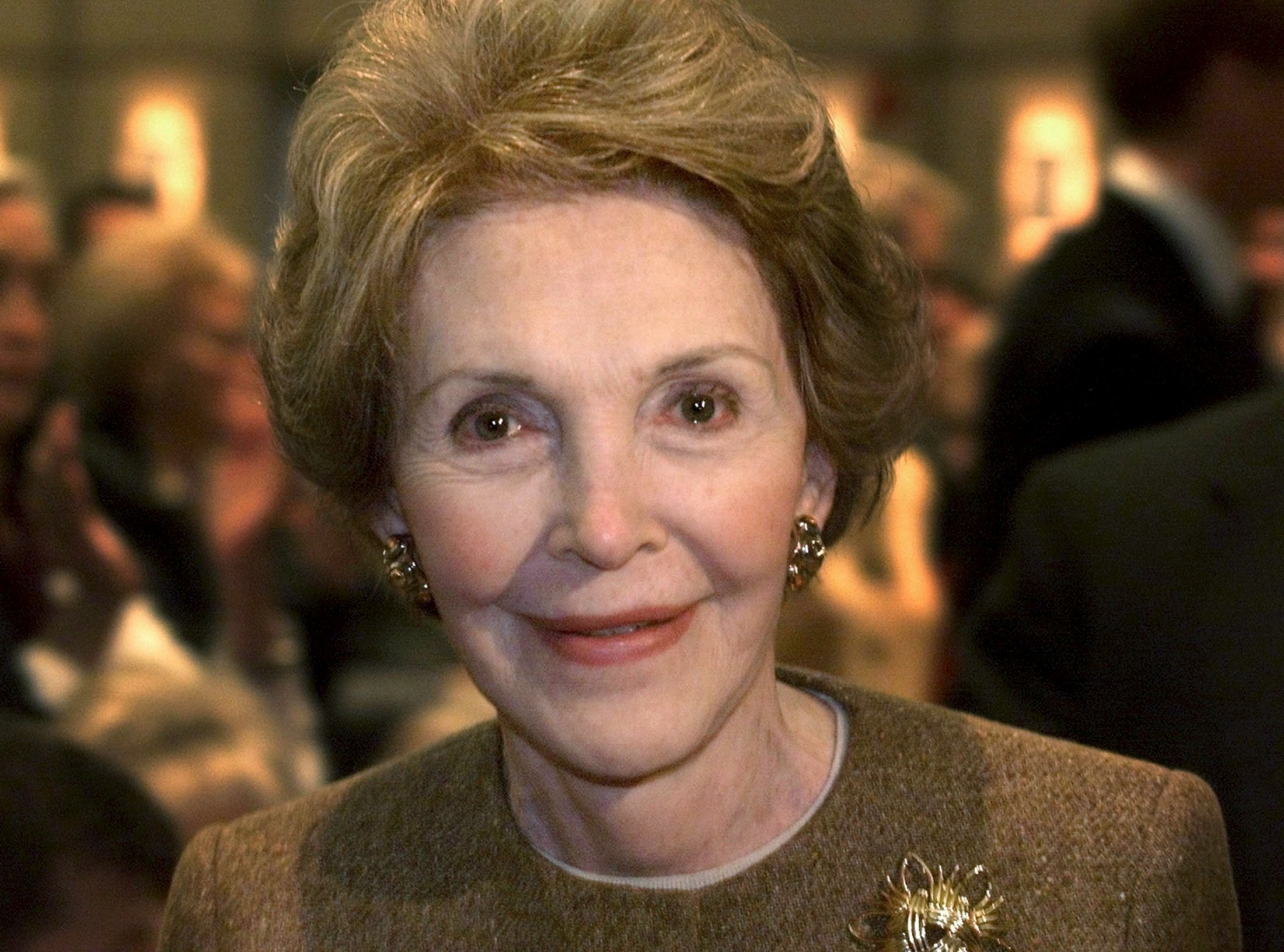 As news of former First Lady Nancy Reagan's death spread, the 2016 presidential candidates took time out of campaigning to offer condolences and praise.

Republican front-runner Donald Trump said Reagan was an "amazing woman" who "will be missed":

Florida Sen. Marco Rubio called her "an inspiration to an entire generation of Americans."

"For conservatives, she has been a powerful living link to her husband's legacy as one of the greatest modern presidents," he said in a statement. "Through her work with the Reagan Library, she has been active in extending the impact of his leadership and message to a new generation."

Rubio also tweeted about her "integrity and grace":

And Texas Sen. Ted Cruz praised her "deep passion for this nation":

In a joint statement, former President Bill Clinton and Democratic candidate Hillary Clinton said they were "deeply saddened" to learn of Reagan's death.

"Nancy was an extraordinary woman: a gracious First Lady, proud mother, and devoted wife to President Reagan--her Ronnie," their statement said. "Her strength of character was legendary, particularly when tested by the attempted assassination of the President, and throughout his battle with Alzheimer's. She leaves a remarkable legacy of good that includes her tireless advocacy for Alzheimer's research and the Foster Grandparent Program."

Vermont Sen. Bernie Sanders, too, praised the former First Lady in a statement, calling her "exemplary."

"No matter your party or political ideology, this is a sad day for America. Nancy Reagan was an exemplary first lady," he said. "A devoted partner, she was her husband's most trusted advisor and, as such, served our country well. Even after her time in the White House, she was an outspoken advocate for stem-cell research to find a cure for Alzheimer's. Nancy Reagan had a good heart, and she will be dearly missed."