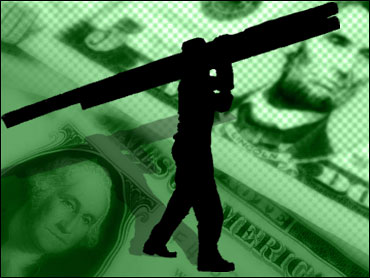 America's payrolls snapped out of a two-month hurricane-induced funk in November and grew by 215,000, the most since July. The unemployment rate held steady at 5 percent.

The fresh snapshot of the jobs situation by the Labor Department on Friday suggested that employers were feeling much better about hiring now that energy prices have retreated from record highs and the energy supply and transportation disruptions from the trio of Gulf Coast hurricanes are easing.

The pickup in employment in November came after two dreary months where hiring turned lethargic because of the devastating storms.

"Basically, the storm is over and we're seeing some calmer data as a result," David Wyss, chief economist at Standard & Poors, told CBS Radio News.

"The 215,000 is a very solid job gain, about what we've been averaging — we were averaging about 200,000-a- month going into the hurricane season, so this basically says it's back, we're doing OK," Wyss said.

"This economy is in good shape," Mr. Bush declared in a brief statement from the White House. "Our economy continues to gain strength and momentum."

Citing the latest round of new jobs - and economic growth at 3.5 percent last quarter, Mr. Bush said Americans have every reason to be optimistic about the economy's future - including low inflation and strong productivity, reports CBS News correspondent Mark Knoller.

A recent string of good economic news, however, hasn't helped President Bush's standing with the public. He's been confronted with some of the lowest job approval ratings of his presidency.

In October, payrolls grew by just 44,000, even less than the government first reported a month ago. But September's showing — a month that bore the brunt of Katrina, the most costly natural disaster in U.S. history — showed that jobs actually grew by 17,000, according to revised figures released Friday. That's an improvement from the loss of 8,000 jobs previously reported.

In November, employment gains were broad based. Construction, retail, leisure and hospitality, education and health services, financial activities and even manufacturing all posted job gains.

The growth in payrolls in November was slightly stronger than economists were expecting. Before the release of the report, they were forecasting a gain of around 210,000 jobs. They also predicted the unemployment rate would stay at 5 percent.

"The job market has clearly recovered from the setbacks and dislocations caused by the series of hurricanes," said Stuart Hoffman, chief economist at PNC Financial Services Group. He was confident that the momentum on job growth would be maintained in the coming months.

Federal Reserve Chairman Alan Greenspan and his colleagues, at their Nov. 1 meeting, maintained that the hurricanes would only have a temporary depressing effect on employment and production. Friday's report — along with other recent economic news — has buttressed that notion.

In remarks taped for a conference in Philadelphia Friday, meantime, Greenspan said he fears substantial damage to overall economic health in the United States if strong action isn't taken to curb federal deficits that are likely to skyrocket as the baby boom generation retires.

It is likely Congress will have to make "significant adjustments" in reducing benefits to future retirees, he said, adding that it appears the country has promised more than it can afford to deliver in Social Security and especially Medicare payments, given that health care costs have been exploding.

To combat inflation, the Federal Reserve has boosted interest rates 12 times — each in quarter point moves — since June 2004. Another increase of that size is expected when the Fed meets next on Dec. 13.

Employees' average hourly earnings increased to $16.32 in November, up a modest 0.2 percent from October's $16.29. But over the year, hourly earnings rose by 3.2 percent, the biggest annual rise since March 2003.

While wage growth is good for workers, increases — if they are sustained — would be worrisome to investors and economists who fret about inflation pressures picking up.

In encouraging news for job seekers, the report showed that the average time that the unemployed spent searching for work in November was 17.7 weeks. That was down from an average 18.1 weeks in October and was the best showing since July.

Friday's report showed that 37,000 construction jobs were added in November, partly reflecting rebuilding and clean-up efforts related to the hurricanes. Employment at food services and at bars, which fell in each of the prior two months in part because of the hurricanes, went up by 39,000 jobs in November.

Factories, which had been shedding jobs, boosted employment for the second month in a row, adding 11,000 in November.

Retailers added more than 8,000 jobs in November. Employment in the leisure and hospitality industry grew by 29,000 in November, after losing jobs in the prior two months. Education and health services, which cut employment in October, boosted jobs by 36,000 in November. Professional and business services added 29,000 jobs last month.