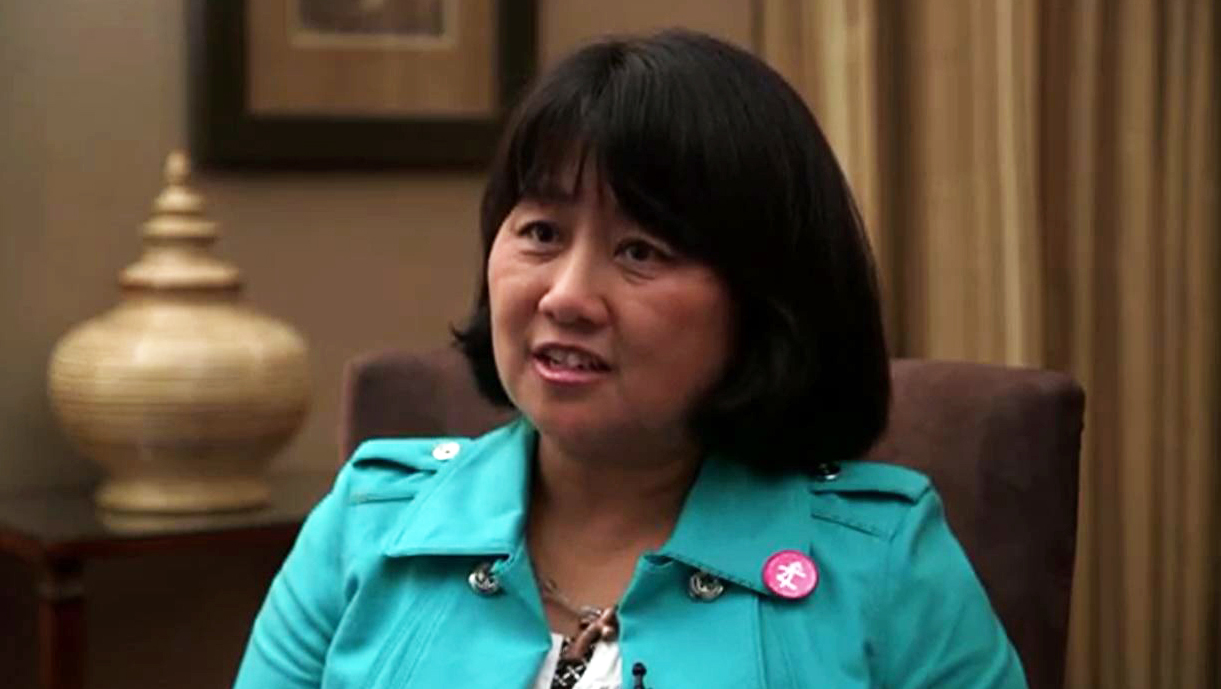 As one of the leaders of the student protests in Beijing's Tiananmen Square, she believed that her country's communist leaders would listen to their calls for change.

"We came to Tiananmen Square asking for reform to make the system better, but when the government sent tanks and troops to kill its very own children, its very own people, then that belief was completely crushed," Chai told Ted Koppel in an interview.

For years after the brutal crackdown on the student uprising, Chai said she felt despair every time another anniversary rolled around. "I felt that no matter what we do, nothing will be done" to end oppression in China.

But on the 25th anniversary, Chai said she feels new hope.

And even though she has now become an American citizen and is married to an American, she told Koppel she still loves her native land and still hopes that help will come to the people there.

"The heart still remains to be a China one, and I hear the cries of the oppressed," she said.