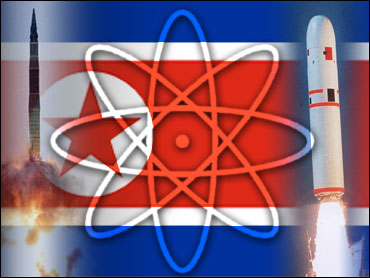 North Korea would find it hard to secretly build another plutonium production plant, a key step toward making nuclear weapons, South Korean experts said Sunday. Yet they did not rule it out following a report that the North may be operating a second facility, possibly buried deep in the mountains.

If true, the suspicions that North Korea has built a second plant for producing weapons-grade plutonium could complicate diplomatic efforts to seek the verifiable dismantling of Pyongyang's nuclear facilities. It also poses a dilemma for President Bush if diplomacy fails and he is forced to consider military action.

Visiting Seoul, British Prime Minister Tony Blair said Sunday that North Korea must not be allowed to develop nuclear weapons, and that multilateral talks involving the United States, China, Japan and the two Koreas were essential to a resolution.

"This is a situation which I think has to be handled with a special sensitivity," Blair said at a joint news conference with South Korean President Roh Moo-hyun.

U.S. and U.N. officials are watching for signs that Pyongyang has begun producing weapons-grade plutonium, a process that emits a kind of krypton gas that U.S. sensors can detect. The New York Times reported Sunday that American officials confirmed that sensors on the North Korean border have detected elevated levels of krypton 85.

But the gas is apparently not emanating from North Korea's known Yongbyon nuclear site, leading American and Asian officials to believe North Korea has secretly built a second plant for producing plutonium, according to the Times.

White House Press Secretary Scott McClellan would not confirm the suspicions, saying he would not discuss intelligence matters. At the same time, he noted that North Korea "stated publicly last year that it did have a covert nuclear weapons program."

IAEA spokeswoman Melissa Fleming said Sunday the agency does not test gases on North Korea's border, so would not be able to confirm whether gases emitted during plutonium conversion are unusually high — even if IAEA inspectors were in the country.

The U.S. Embassy in Seoul declined to comment. A South Korea official said there had been no official discussion between Seoul and Washington on any secret facility, according to Yonhap, a South Korean news agency.

This month, North Korea told U.S. officials that it had reprocessed all of its 8,000 spent nuclear fuel rods, a procedure that experts say could yield enough plutonium to make several nuclear bombs within months. U.S. officials are not sure whether North Korea is telling the truth or bluffing in order to win concessions in any negotiations.

"It is possible that there is a second plant for producing plutonium in North Korea if the North Korean claims that they finished reprocessing spent nuclear fuel rods are true," said Cheon Seong-whun, a South Korean arms control expert.

Another South Korean analyst of North Korean affairs, Koh Yu-hwan, said it would be hard for North Korea to run a second, secret plant because U.S. spy satellites might detect it. The reprocessing plant at Yongbyon, which analysts believe has not been running at full capacity, is easily visible in satellite photographs.

But North Korea, which was devastated by U.S. air power during the 1950-53 Korean War, has untold numbers of underground military sites. In 1999, North Korea allowed U.S. nuclear inspectors to visit a suspicious underground site in exchange for a huge food shipment. The search turned up nothing. Critics called it a case of blackmail.

The South Korean government, which is pushing hard for dialogue to resolve the nuclear crisis, played down the Times report, which raised the possibility of another North Korean reprocessing site, but did not confirm it.

President Roh said tension had subsided on the Korean Peninsula in the past six months and the situation was more stable because of efforts to seek a peaceful solution.

"I know that some people like to say this is a crisis, but they want to use some flashy and thrilling language," Roh said at the news conference with Blair. He also praised Washington for pressuring North Korea while maintaining a "friendly attitude."

Japanese Prime Minister Junichiro Koizumi's spokesman, Yu Kameoka, said he had no information on the possibility of a second North Korean site. Japan, which is within range of North Korean missiles, coordinates with the United States on defense issues.

A Chinese envoy visited North Korea and the United States in the past week in an effort to bring the two adversaries together. North Korea wants one-on-one talks with Washington, but U.S. officials prefer a multilateral format.