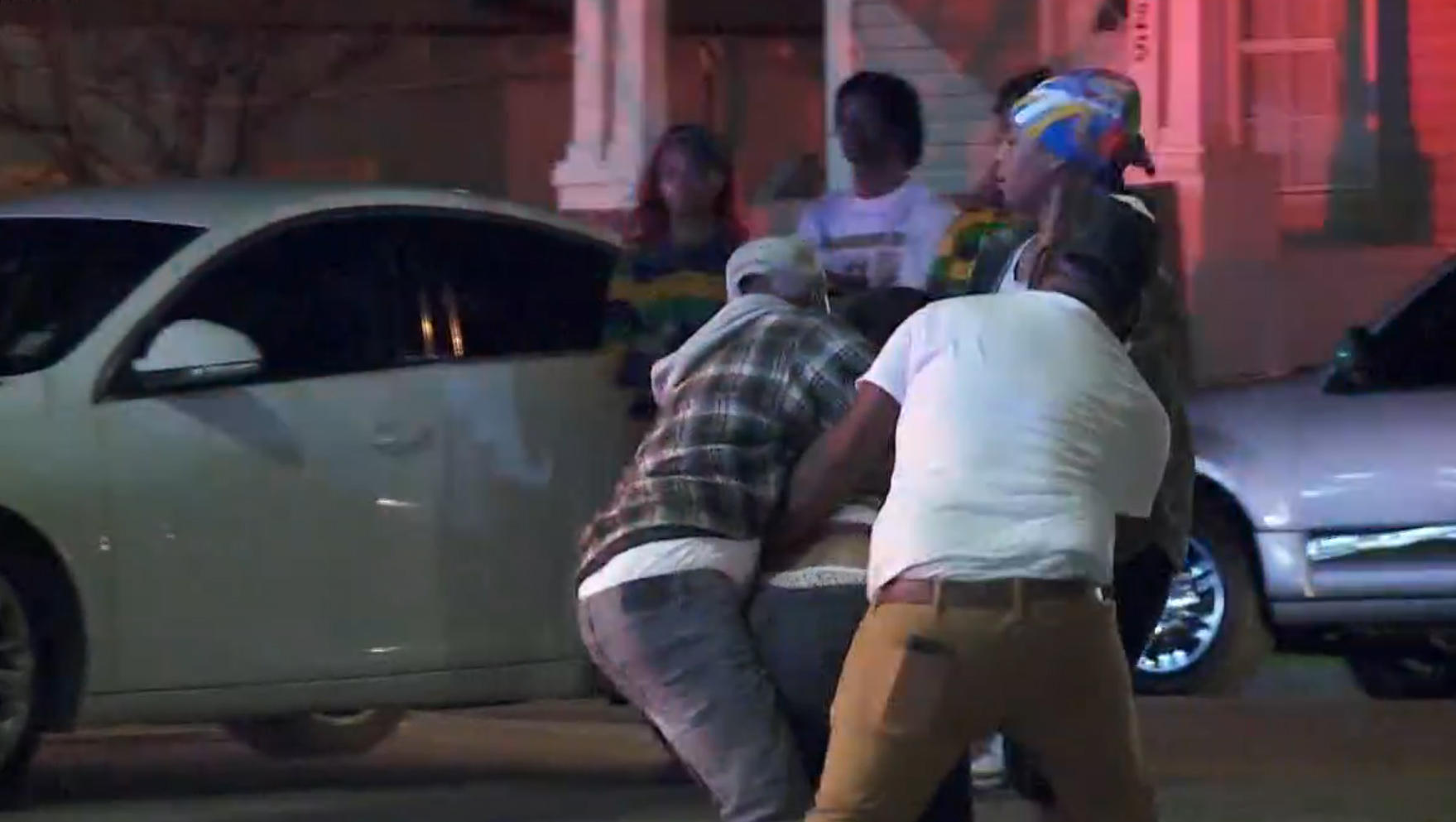 NEW ORLEANS - A festival close to Mardi Gras was marred by shootings across New Orleans that left three people dead and five others wounded. The first two shootings happened in the afternoon, when fights broke out near the traditional parade route.

Police clarified Wednesday that two teenage boys were wounded in one of the parade route shootings. Gunfire struck one boy in the "head area" and the other had a leg wound, police said in a news release.

A man appeared to have been shot twice during a separate fight, and died after being rushed to the hospital, Police Chief Michael Harrison said. Police named Eddie Dingle, 21, as a suspect and said investigators obtained a warrant for his arrest on a second-degree murder charge.

The third shooting began as people celebrated Tuesday night at a house party in the Lower 9th Ward, about two miles from the parade route, reports CBS affiliate WWL. Witnesses described a barrage of bullets.

Police spokeswoman Ambria Washington said multiple suspects opened fire on a car with five people inside. The gunfire shattered its windows, flattened its front tires and left more than a dozen bullet holes in the driver's door.

The driver managed to drive to a nearby gas station before two of them died from their wounds. Arriving officers strung up police tape to keep crowds away. At that scene and outside the family home of some of the victims a few blocks away, mourners were still wearing festive Mardi Gras shirts and hats.