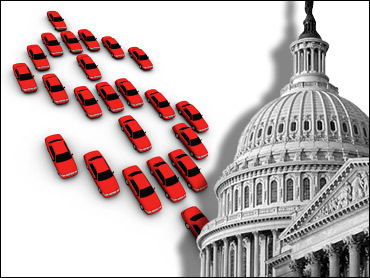 The House gave its assent Friday to $84 billion in federal funding to help keep the country competitive in the fields of scientific and technological innovation.

Passage of the legislation, the biggest science bill that Congress is expected to consider this year, came on a third try. Republicans objecting to the cost of the bill succeeded in sidetracking it on two previous occasions.

The bill approves funds over five years for basic and applied research programs at the National Science Foundation, the Department of Energy Office of Science, National Institute of Standards and Technology labs, and others. It passed 262-150.

The NSF would have access to more than $40 billion over the five-year period for research and education programs, although the actual money allotted is determined in annual spending bills. The bill still needs Senate approval.

"If we are to reverse the trend of the last 20 years, where our country's technology edge in the world has diminished, we must make the investments necessary today," said Science and Technology Committee Chairman Bart Gordon, D-Tenn.

He said the bill puts basic research programs on a path to doubling approved funding levels over the next decade. It supports the Advanced Research Project Agency, which is involved in high-risk, high-reward energy technology development, provides federal loan guarantees to smaller businesses pursuing new technologies and offers scholarships for K-12 teachers working in science, technology, engineering and math education.

Congress enacted a first version of the legislation in 2007 with a large majority in the House and an unanimous vote in the Senate.

But in a highly partisan election year when the federal deficit is at record levels, Republicans succeeded twice in blocking the Democratic-led initiative.

On May 13 Democrats were forced to pull the bill after Republicans pushed through an amendment combining crippling cuts to the bill with a provision cracking down on federal workers watching pornography on their office computers. Many Democrats, not wanting to face ads in the coming election charging that they had voted against an anti-pornography measure, voted for the amendment.

The original 2007 act grew out of a 2005 National Academies report warning that the country's economic future was jeopardized by its lack of focus on science and technology education.