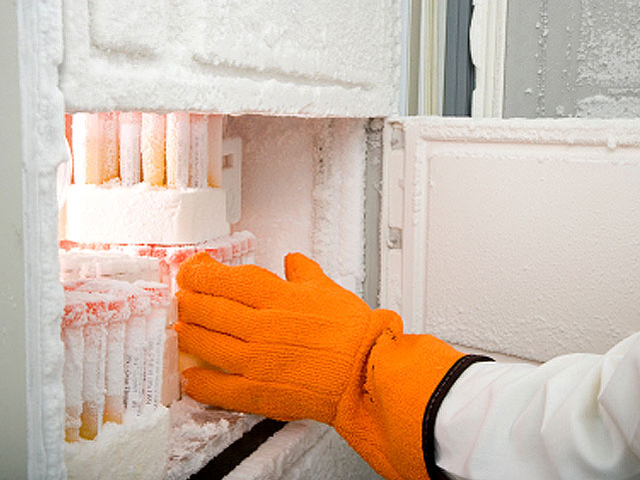 CHICAGO Northwestern Memorial Hospital in Chicago was sued Tuesday for undisclosed sums by 40 men because their frozen sperm samples were destroyed when a lab's storage system failed.

The law firm of Corboy and Demetrio in Chicago filed 40 separate lawsuits Tuesday in Cook County Circuit Court. Attorney Matthew Jenkins says the men, who had diseases or medical treatments that could affect their fertility, hoped to preserve their chances for fathering biological children by storing sperm samples.

"The sperm that had been banked there was their one and only shot for most of them or many of them to have a biological family of their own," Jenkins told the Chicago Tribune.

The suits also allege that Northwestern did not adequately monitor and respond after the failure, CBS Chicago reported.

Dr. Phillip Roemer of Northwestern Medical Faculty Foundation says a storage tank and its alarm system failed in April 2012, but some sperm samples may still be viable.

The round-the-clock alarm system failed to alert technicians to the problem, which was eventually discovered during routine operations. The sperm samples were then transferred immediately to a cryogenic freezer that worked but some samples suffered "adverse impact."

Doctors called 200 patients to inform them of the equipment failure and help them "plan their next steps" according to a hospital statement provided to CBS Chicago.

Roemer says the foundation regrets the malfunction and is focusing on the patients' needs.