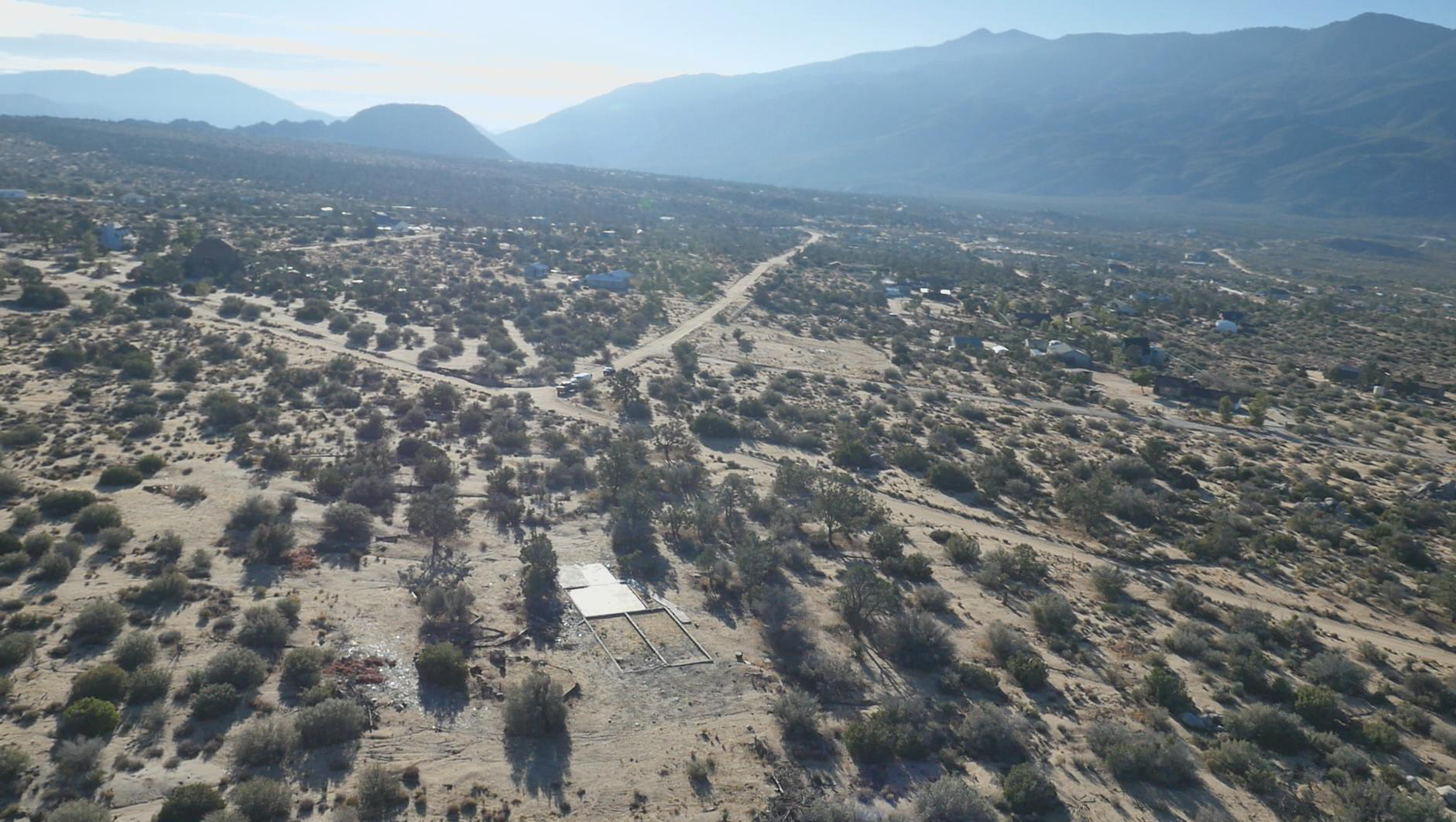 When firefighters eventually put out the blaze, the charred remains of Vicki Friedli and her live-in boyfriend Jon Hayward were found inside the home. But they hadn't died of injuries sustained in the fire -- Vicki had died from a single wound to her head from a .40 caliber handgun. Jon had died of a shotgun blast to the chest.

Outside, in a smoldering wheelbarrow, was the body of Vicki's 18-year-old daughter Becky Friedli. Becky's body was too badly burned to determine the cause of death.

Fire investigators determined that the house had been burning for over an hour before they arrived. They later said that they had difficulty finding the location because of its remoteness. They were eventually led to it by the "glow" of the fire in the darkness.

Having shot there numerous times for our "48 Hours" broadcast on the case, we agree that getting to Pinyon Pines isn't easy. Highway 74 leads from the desert floor up a mountain, following 16 miles of switchback turns.

Once you reach the turnoff for the Friedli home you have to navigate a series of dirt roads to get to the house. Some of the dirt roads aren't north, south, east or west. They are just trails that people have turned into roads. They are rough and eroded from weather and wear.

There are few lights, and once night falls, it is pitch black out there.

The houses, what few there are, are hundreds of yards apart. The desert is their backyard. Many of the residents that live there enjoy the space between them and the privacy. Jon Hayward himself told his daughter Katie that part of the appeal of living up there was the isolation and the freedom.

Taking all this into consideration, it's hard to imagine that whoever went there and ultimately killed Becky, Vicki and Jon just happened to stumble onto the area. What would be the motive?

Vicki and Jon had no known enemies. Robbery was ruled out by investigators because valuable items were left behind. And why would strangers seemingly pay special attention to Becky leaving her in a wheelbarrow outside the house?

But strange things do happen and I've seen quite a few in the years I have been doing this. Could a stranger with a vendetta against someone else have gone to the wrong house confused by the roads and darkness? Sure. Are there other possibilities out there that haven't been considered? It's entirely possible.

What scenario you believe obviously depends on where you sat in the courtroom at pretrial hearings. The victims' families believe investigators had the right men. The families and lawyers for the men that were arrested-- Becky's ex-boyfriend Robert Pape and his friend Christian Smith-- were adamant that they were wrongfully accused and that the evidence would never hold up at trial.

As a journalist, I was eager to hear and see all the evidence and any additional information that might be revealed in the upcoming trial. But that trial never happened: six months after the arrests, the charges against the men were dismissed with little explanation. A statement from the Riverside County DA's office stated that an undisclosed "legal issue" had arisen in the grand jury proceedings against Robert Pape making it "appropriate" to ultimately dismiss the charges against both men.

I contacted the new DA's office this past week and asked them where the case stood. The Public Information Officer said in an email that the DA, who had just been sworn in on 1/5/2015, has not reviewed the case yet. But he said that the new DA will look at it with an "open mind.

Lourdes Aguiar is a "48 Hours" producer. "48 Hours" investigated the murders at the Friedli home in Saturday's episode, "Murder in Pinyon Pines."