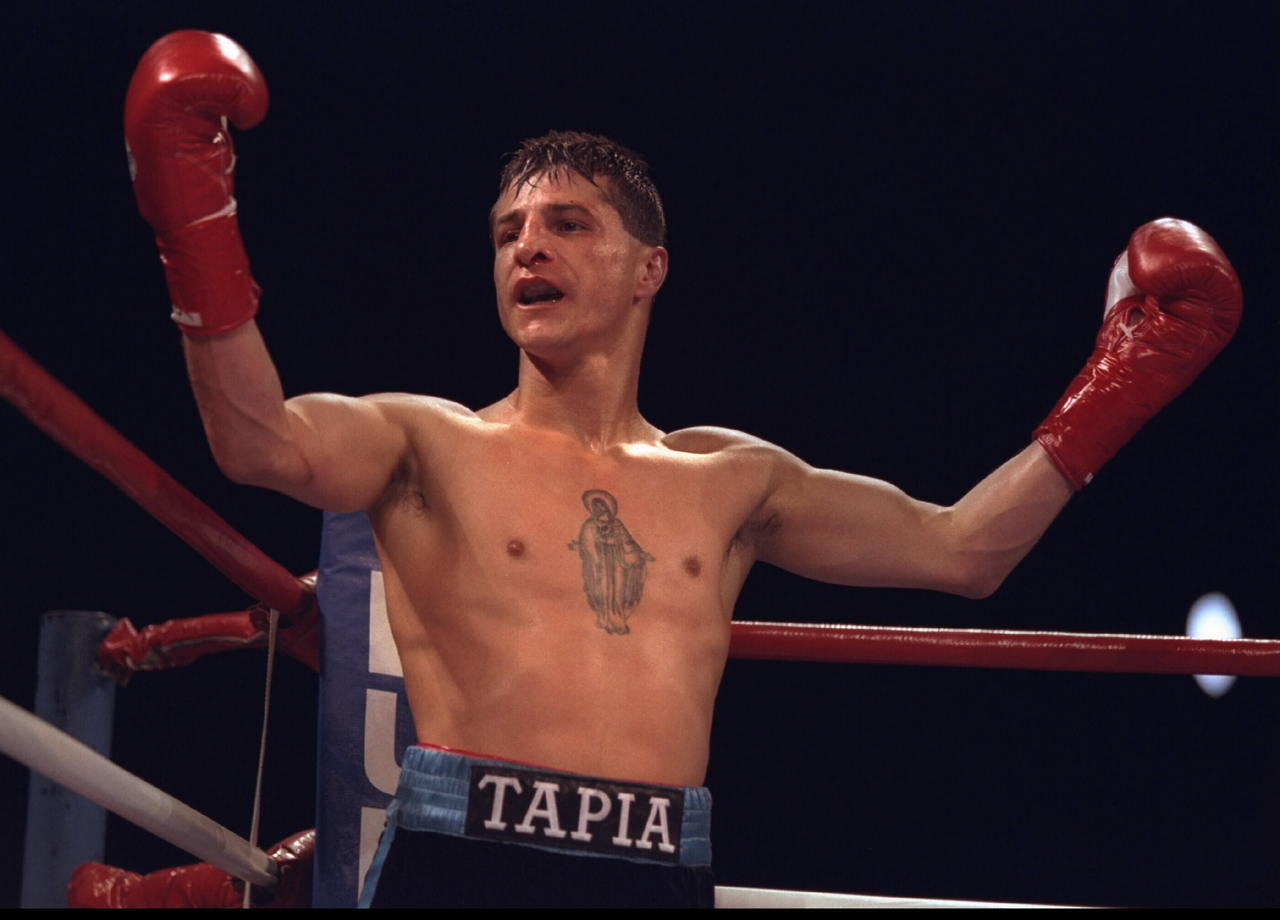 (AP) ALBUQUERQUE, N.M. - Johnny Tapia, the five-time boxing champion whose turbulent career was marked by cocaine addiction, alcohol, depression and run-ins with the law, was found dead Sunday at his Albuquerque home. He was 45.

Authorities were called to the house at about 7:45 p.m. on Sunday, spokesman Robert Gibbs said. The death didn't appear to be suspicious, he said.

He was regarded as the consummate underdog by his fans. The more trouble he found outside the ring — including several stints in jail — the more they rallied around him.

In a 1990s-era feud with fellow Albuquerque boxer and former world champion Danny Romero, Tapia's fans anointed him with the slang Spanish title of "Burque's Best."

But his life was also marked by tragedy. He was orphaned at 8, his mother stabbed 26 times with a screwdriver and left to die.

In 2007, he was hospitalized after an apparent cocaine overdose. Several days later, his brother-in-law and his nephew were killed in car accident on their way to Albuquerque to see the ailing boxer.

Tapia was banned from boxing for 3 1/2 years in the early '90s because of his cocaine addiction. But he knocked out Henry Martinez to win the WBO bantamweight title in 1994, and won four more championships over the next eight years.

He last fought in June, outpointing Mauricio Pastrana in an eight-round decision. He finished with a 59-5-2 record.

Gibbs said an autopsy will be performed in the next few days.