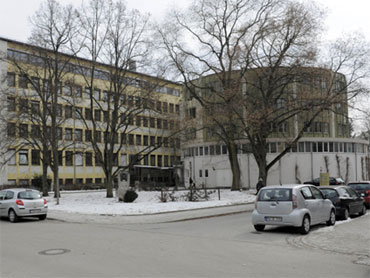 Six people in the Regensburg diocese in the pope's native Bavaria are under investigation for sexual abuse allegations that date back decades, the diocese said Monday.

Diocese spokesman Clemens Neck said that since allegations first surfaced earlier this month, the church has been pursuing the cases with the goals of achieving justice and help for the victims, punishing the offenders and preventing future crimes.

"The work of the last 14 days has shown us that serious wrongdoing was committed by spiritual leaders and members of the church," Neck said at a press conference called to provide an update on the investigation.

"We deeply regret what the spiritual leaders and church members did to these children and youths, and we ask for forgiveness on their behalf."

The Regensburg cases come among a spiraling child abuse scandal in the Roman Catholic Church in Germany, in which some 300 former students have come forward with claims of physical or sexual abuse.

The allegations of physical abuse in Regensburg are centered around the Etterzhausen school just outside Regensburg - considered a feeder school for the Regensburger Domspatzen boys choir, which was led for decades by the brother of Pope Benedict XVI, Georg Ratzinger.

Ratzinger, 86, has admitted slapping pupils after he took over the Regensburger Domspatzen boys choir in the 1964 - though such punishments were commonplace in Germany at that time. He also said he was aware of allegations of physical abuse the elementary school, and publicly apologized for doing nothing about it, but he was not aware of sexual abuse.

Neck said that of those accused of sexual abuse, one has been linked to the Regensburger Domspatzen - an assistant teacher who later became a priest identified only as Sturmius W.

In addition to an initial allegation against him already reported, Neck said another victim has now come forward with accusations against the priest, who has been suspended from his duties.

Benedict, 82, was archbishop of Munich from 1977 to 1982 when he was brought to the Vatican to head the body responsible for investigating abuse cases. During that time, he came under criticism for decreeing that even the most serious abuse cases must first be investigated internally.

Neck said his diocese has three investigators working on the case - one expert to handle accusations of sexual crimes, another to deal with people reporting physical abuse, and an attorney to investigate further the physical abuse cases.

In all of the cases the statute of limitations for criminal prosecution has now expired - with allegations against five of the six dating from before the mid-1970s and the accusation against the sixth from 1984.

Still, Neck said, all information was being turned over to the public prosecutors' office for evaluation.

"All concrete allegations are turned over to prosecutors, regardless of whether the statute of limitations has expired," he said. "That is up to prosecutors to decide."
By Associated Press Writer Melissa Eddy