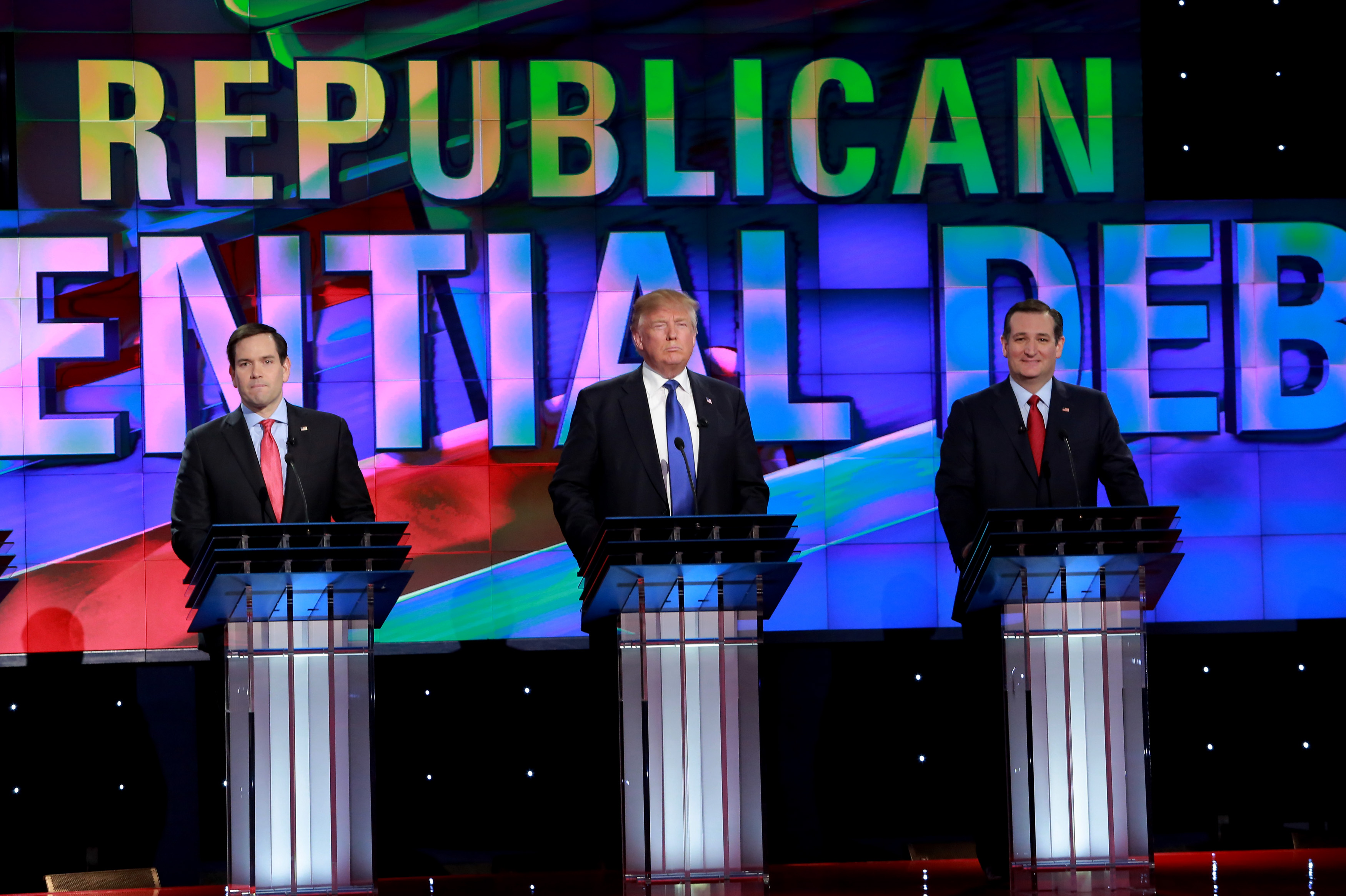 The eleventh Republican debate may have fewer candidates, but that may just mean more time to hit front-runner Donald Trump. The focus on Trump, who has won most of the nominating contests so far, is only intensifying now, in the heat of the race. Here are a few things to watch for at Thursday night's debate, hosted by Fox News:

TRUMP V ROMNEY: The 2012 GOP nominee took on Trump in a sharp speech Thursday that called him a phony, criticized him on domestic and foreign policy, as well as his personal qualities: "the bullying, the greed, the showing off, the misogyny, the absurd third grade theatrics. The purpose for the speech was to lay out the argument for Trump's general lack of fitness for the office of the presidency. Trump responded by calling a "failed candidate" who ran "a horrible campaign."

TRUMP V. NYT: A Buzzfeed report suggesting that Trump's vaunted wall is negotiable caused a stir. No one but the editorial board of the New York Times and Times executive editor Dean Baquet really know. Baquet talked with "CBS This Morning" about the conversation, but declined to characterize Trump's position. Trump's opponents, and Romney are calling for him to tell the Times to release the audio or transcript of his discussion. (Otherwise they'll just keep guessing at what he said.) For his part, Trump has said the height of the wall is open to debate but not the wall itself. Debate moderators may also want to know more.

TRUMP'S TAX RETURNS: Mitt Romney is calling for Trump to release his tax returns -- he has suggested that there's a "bombshell" hiding in the billionaire's unreleased tax returns. Maybe he's not as rich as he says he is. Or maybe he hasn't been paying his taxes. Cruz joined in the guessing game, positing that there may be mob connections evident. Rubio and Cruz each released five years of their tax return summaries in an attempt to pressure Trump to show his, too. Trump declined, saying he's been audited every year and even offered that the IRS is targeting him because he's such a strong Christian.

TRUMP V KELLY: Trump and Fox News anchor Megyn Kelly last shared a stage in August, for the first GOP debate. Trump took umbrage at a question Kelly asked about his treatment of women, and things only got worse between the two as the debate progressed. Thursday, Kelly has suggested she may start the rounds of questioning off a little more gently.

RUBIO AS RICKLES: How will Marco Rubio treat Trump on stage after rolling out his Don Rickles routine at the last debate? His acid jabs at Trump showed he wasn't the robot Christie made him out to be in Debate IX. Later, though, the attacks hit new lows, as Rubio followed up his debate performance with attacks on Trump's manhood, suggested he might be incontinent, and accused him of spray tanning. Though many late-deciders on Super Tuesday voted for Rubio, he ended up winning a single state.

RUBIO V. CRUZ V. KASICH: Will any of the three turn on each other? They're all now pushing each other to get out of the race, arguing that Republicans are stronger if two drop out and unify behind one. Each of the three, however, thinks it's the other two who should drop.