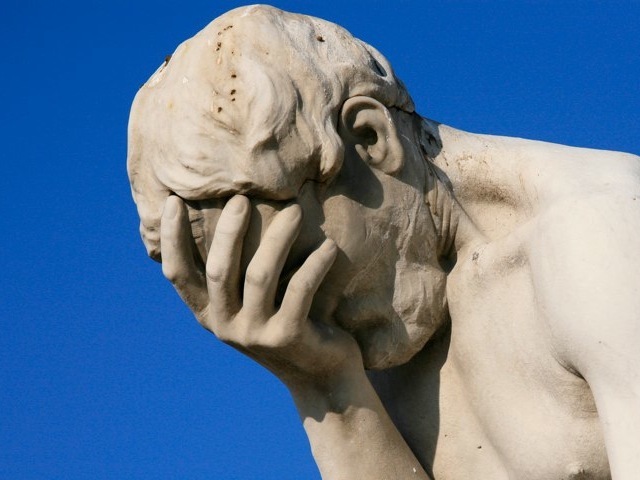 (MoneyWatch) COMMENTARY Some people are smart, competent, even driven; they just don't get anywhere. Or they get somewhere, reach a certain point, and then just like that, hit a wall. I've seen it a thousand times with people at every management level, from CEO on down. The bigger problem is that, oftentimes, they take others down with them.

Is it all attributable to the Peter Principle -- reaching your level of incompetence and then crashing and burning -- or is that just one of many reasons why people, for whatever reason, become ineffective? Well, I've thought long and hard about this and I think it comes down to nine essential failure modes.

Breathing your own fumes. Probably the most common failure mode, especially for formerly successful people, is they lose their humility and their objectivity and begin to think they have all the answers. They don't just lose perspective -- they honestly don't believe they need it.

Following your own agenda. If you're an entrepreneur and it's your baby, that's one thing. Do whatever the heck you want. But when you work for a company, you're not there to carve your own crazy path. It doesn't matter what level you're at. You're there to do the company's business, not your own. You can't be effective that way.

You run out of steam to compete in a brutally competitive world. It hasn't always been that way, but now more than ever, companies, managers and employees need to continuously refresh and reinvent themselves. In any competitive market, yesterday's value proposition may not hold true today or tomorrow.

The Peter Principle. The vast majority of folks who climbed the corporate ladder and all of a sudden seem clueless have either reached a level where they're no longer competent or have moved laterally into a position they're not suited for. And all too often, they're left there to rot.

You're losing it. I thought of all sorts of PC ways to say this, and there just isn't any. It's huge and yet nobody talks about it. People lose it. Maybe they're dysfunctional or a little unbalanced to begin with and for whatever reason -- stress, personal, whatever -- they start to go off the deep end and self-destruct. I've seen lots of people recover, but first they have to get out and get help.

Cultural disease. I once worked with a publicly traded company that had absolutely the worst reputation you could imagine. The media, customers, everyone thought they were arrogant bullies. Instead of looking at themselves, it became popular to blame it on all sorts of conspiracy theories. Everyone was out to get them. This lunacy became a sort of cultural disease that infected the entire company. No kidding.

You've lost faith in the organization. Sometimes, it isn't you. At any given time, probably half the companies out there are heading in the wrong direction: down. Think RIM (RIMM), Sprint (S), Yahoo (YHOO), AOL (AOL), Kodak (EK), it's a long list. It's hard to get up in the morning and be effective when, deep down, you feel like the organization is going nowhere.

Your strategy didn't age well. It happens all the time and for reasons that, well, have too many variables to categorize. One day your ideas are awesome, they work and everything's hunky dory. The next day you wake up and everything's changed. After all, we live in a dynamic world. Suddenly, your strategy or ideas no longer resonate with customers, your boss, the market, whatever.

You don't understand or want to play by the rules. Want to paint the world with your own colored crayon? March to the beat of your own drum? Do your own thing? Be a rebel with or without a cause? That's great, go for it. But when it comes to work, products, markets, customers, that sort of thing, you really don't get to do whatever, wherever, whenever you want.