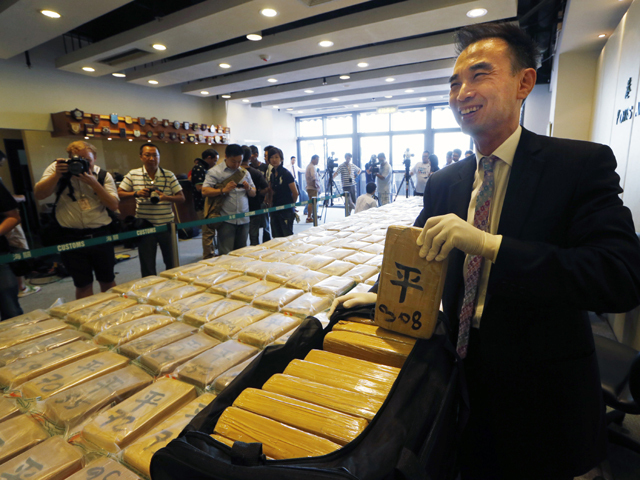 (CBS/AP) HONG KONG - About 1,430 pounds of cocaine worth about $98 million in US dollars was seized in Hong Kong, making it the city's biggest ever cocaine bust, Chinese customs officers said Friday.

Head of the city's Customs Drug Investigation Bureau John Lee said the drugs arrived in a shipping container from Ecuador to Hong Kong's port. Lee said he believed most of the shipment was destined for Southeast Asia or mainland China.

The U.S. Drug Enforcement Administration had to flag the container, which was one of a batch, to Hong Kong officials for further inspection. Customs officers discovered the drugs after following the shipment on Wednesday when it was driven from the port to a collection point in Hong Kong's rural New Territories. It was then picked up by two men, who authorities believed were members of a local drug syndicate.

When the officers inspected the shipment, they found 541 bricks of cocaine hidden in laurel wood. The two men and their driver were arrested.