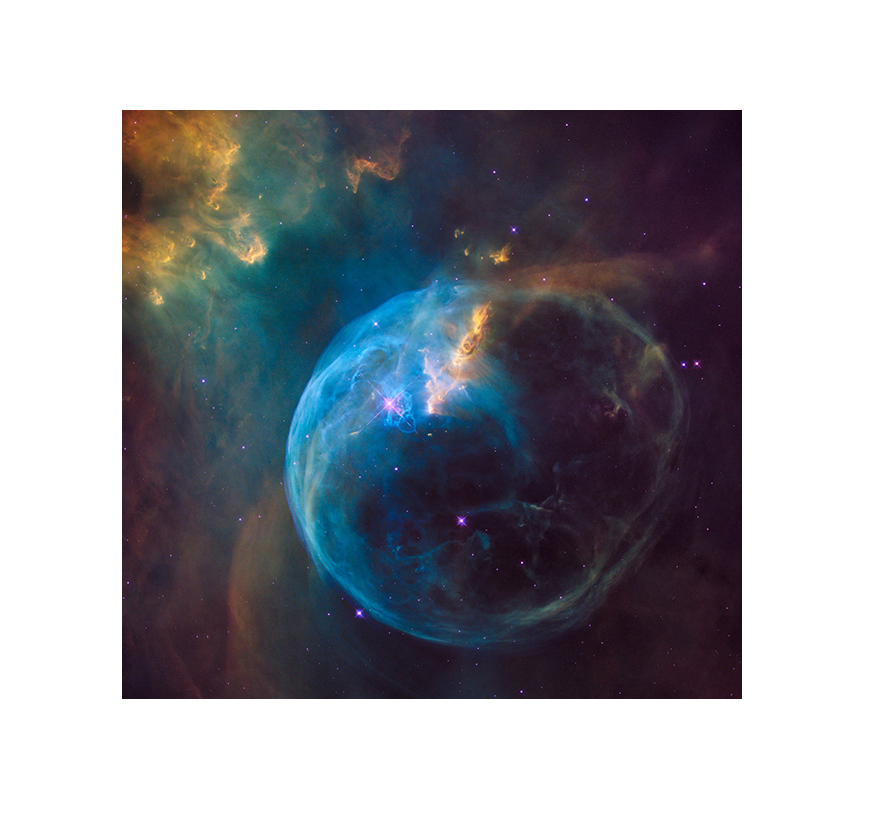 The Hubble Space Telescope may be turning 26 years old this weekend, but its vision is still out of this world. Case in point: this jaw-dropping view of the Bubble Nebula to celebrate the iconic space observatory's birthday.

Astronomers unveiled the new Hubble photo April 21 to showcase what they billed as a "gigantic cosmic soap bubble" as Hubble nears the anniversary of its launch on April 24, 1990. Scientists also unveiled a spectacular video of the Bubble Nebula as seen by Hubble.

"The object, known as the Bubble Nebula, is, in fact, a cloud of gas and dust illuminated by the brilliant star within it," Hubble mission officials wrote in an image description. "The vivid new portrait of this dramatic scene wins the Bubble Nebula a place in the exclusive Hubble hall of fame, following an impressive lineage of Hubble anniversary images." [Astronomers Pick the Hubble's Greatest Space Pictures (Gallery)]

Also known as NGC 7635, the Bubble Nebula is a so-called emission nebula located 8,000 light-years from Earth in the direction of the constellation Cassiopeia. The nebula was first discovered in 1787 by famed astronomer William Herschel, and scientists have used Hubble to photograph the object in the past. But those previous views showed only part of the vast nebula.

Hubble's birthday snapshot is actually a combination of four separate images captured by the telescope's Wide Field Camera 3 and pieced together to reveal the entire Bubble Nebula for the first time.

"This complete view of the Bubble Nebula allows us to fully appreciate the almost perfectly symmetrical shell which gives the nebula its name," Hubble mission representatives explained in the image description.

According to Hubble researchers, "although the sphere already measures around 10 light-years in diameter, it is still growing, owing to the constant pressure of the stellar wind -- currently at more than 100,000 kilometers per hour!" That's a mind-boggling rate of expansion of about 62,000 mph.

At the nebula's heart is SAO 20575, a star with a mass up to 20 times that of Earth's sun and the source of the stellar wind that is sculpting a bubble in space from the surrounding interstellar dust. The star(which is the bright star just to the left of center in Hubble's view) is also surrounded by formations known as cometary knots (you can see one just to the right of the star). These crescent-shaped dust globules are larger than our entire solar system and as massive as Earth.

Hidden in the Bubble Nebula's beauty is an astronomical mystery: Its parent star, SAO 20575, is not at the center of the bubble -- a fact that mystifies astronomers.

"Astronomers are still discussing why this is the case and how the perfectly round bubble is created nonetheless," Hubble officials wrote.

The Hubble Space Telescope is a joint mission by NASA and the European Space Agency. NASA launched the observatory on April 24, 1990, aboard the space shuttle Discovery. Subsequent shuttle missions sent astronauts to repair and upgrade Hubble's astronomical instruments over time, ending in a final servicing flight (which delivered the Wide Field Camera 3 that took the image here) in 2009.

At CPAC, rising GOP stars send message that Trump is here to stay

Trump, the marquee speaker this year, will make his first public remarks since leaving office at CPAC on Sunday. 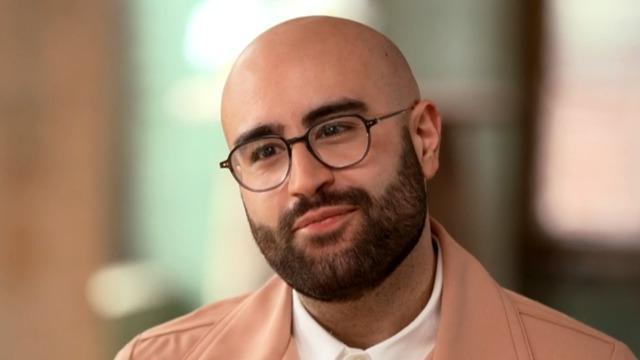