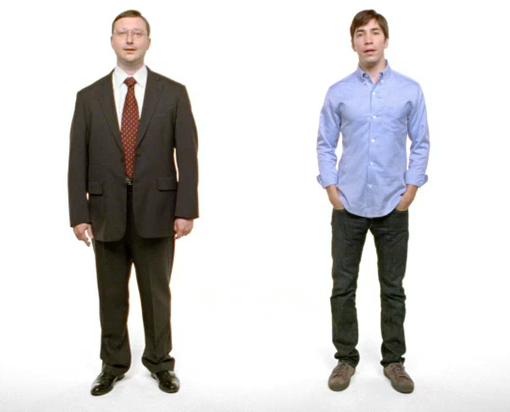 Apple has put the final coda on its "Get a Mac" advertising campaign, which featured actors Justin Long and John Hodgman as tongue-in-cheek frenemies portraying "Mac" and "PC."

Coincidentally or not - probably the latter - the Long-Hodgman pairing coincided with a boom period in Apple sales of its Mac computer line.

MacRumors has more here as does Chris Matyszczyk at CNET.

In its stead, Apple's new ad campaign tag line will be Why You'll Love a Mac. A marketing mistake? We'll only know the answer in retrospect. Besides, who in their right minds feels up to contradicting Steve Jobs when it comes to promoting Apple's products. Still, you have to wonder whether the company's losing more than just a couple of hired actors. Remember Dell's popular "Dude" commercials a few years back with actor Benjamin Curtis playing the role of mall hipster? Again, Dell's subsequent stumbles were mostly caused by internal execution errors and market shifts. But after canceling the ads, Dell also lost a distinctive voice that consumers easily recognized.