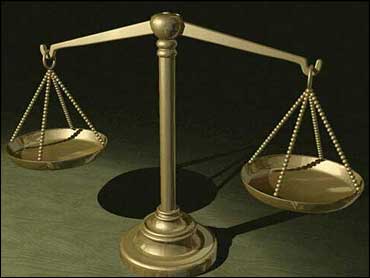 
Two years after the Twin Towers fell, the nation's legal system has failed to resolve the most important constitutional and statutory questions raised by the Sept. 11, 2001 attacks on America. Neither Congress nor the nation's courts have provided finality or certainty to the survivors. And family members of victims and the rest of us even have reason to complain about the lack of marked progress toward that goal.

Only a precious few terror cases have been resolved, typically by pre-trial plea deals. And the most important questions surrounding the nature of civil liberties in a time of terror have only begun to be addressed and resolved by intermediate appellate courts.

The civil cases are only just beginning and, if they go to trial, are sure to last on appeal until at least the 10th anniversary of the disaster. In short, there are still far more legal questions than answers; far more problems than solutions; and far more frustration than satisfaction with the law's response to Sept. 11, 2001.

The USA Patriot Act, an early, knee-jerk legislative response to the terror attacks, is under fire politically and under review by the courts. Challenges to some of its more burdensome provisions are only now wending their way through the courts. Will federal judges resolve the constitutionality of those issues before Congress has to review the landmark legislation under the "sunset" powers it reserved to itself? Maybe. Maybe not.

But even if the courts do not strike down substantial portions of the Patriot Act, it appears fairly certain that Congress will rein in the power of the Justice Department. After two years, it seems, people are not so scared anymore that they are blindly willing to exchange their tangible personal liberties for intangible feelings of security.

Zacarias Moussaoui, meanwhile, the first prominent terror suspect indicted after the attacks, is in legal purgatory. Nearly two years after he was charged -- on Dec. 11, 2001 -- his terror conspiracy case is neither set for trial nor likely to be anytime soon.

Prosecutors want to try him in a capital case but are unwilling to give him the constitutional rights afforded to all criminal defendants. So far the White House and Justice Department have refused to simply turn him over to the Defense Department for a military trial.

That Moussaoui is a terrorist and guilty of some sort of federal crime is really not in doubt -- the defendant himself admitted as much in open court last summer. So if the government were willing to simply accept a life sentence for him, by now he might have provided authorities with a lot of information about al Qaeda in America. After two years, you would think, the feds would want to get this guy talking and soon.

Speaking of talking, a federal judge Tuesday spoke volumes about how the courts are reacting to civil litigation stemming from the attacks. U.S. District Judge Alvin K. Hellerstein ruled that dozens of negligence lawsuits against United Airlines, American Airlines, Boeing, the owner of the Twin Towers, and the Port Authority, among others, could proceed toward trial.

Those defendants, the judge ruled, had a legal duty to protect the victims of 9/11 because the events of that day were "foreseeable." The effect of the decision is monumental. It presages long and expensive litigation. It means that more families are likely to opt for the uncertainty of litigation instead of the certainty of the government's Victim Compensation Fund. And it dramatically increases the chances that one or more of those corporate defendants will be rendered insolvent should there be a large judgment in the cases. In short, it virtually guarantees legal uncertainty for all for the better part of a decade. After two years, then, the battalions of civil lawyers are only now getting geared up for battle.

Then there are Yaser Esam Hamdi and Jose Padilla, two U.S. citizens who have been declared "enemy combatants" by President Bush. This unilateral designation has allowed the military to hold both men indefinitely, without charges, incommunicado and without the ability even to talk to their own lawyers. Federal appeals courts in New York and Virginia are reviewing their cases but the pace is painfully slow.

After two years, we have not heard from the Supreme Court on the merits of a single terror law case, even ones like the Hamdi or Padilla cases that raise elemental questions about the power of the sovereign to detain its citizens without explanation in times or war or peace.

To be fair, there have been significant legal accomplishments over the past two years. John Walker Lindh, the American Taliban, and Richard Reid, the shoe bomber, both pleaded guilty to serious crimes with a minimum of fuss. Other, less notable defendants have struck deals with the feds and offered intelligence information in exchange for mercy.

Some silly lawsuits -- the one asking a judge to stop the war in Iraq comes to mind -- have quickly been thrown out of court while others -- the World Trade Center insurance case, for example -- seem to have benefited from quick and decisive judicial rulings. And it's unrealistic, perhaps, to expect fast work from a system that by its very nature slows things down in process and procedure.

So you'd be on solid ground if you believe, today, that the passage of time actually has increased, not decreased, the number and scope of legal issues arising out of the ashes of Sept. 11, 2001. The pace of the war on terror has been fast. And it's clear after two years that the legal system so far is unable to keep up.