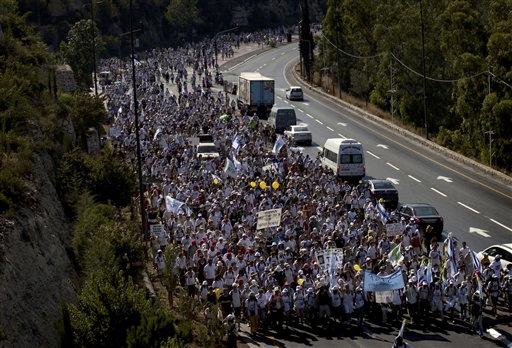 This column was written by Matthew Yglesias.

Sometimes, you read something in the papers and the column practically writes itself. On Saturday, for example, The New York Times revealed my ignorance of all things South Asian by pointing out that 100,000 children die every year in India of measles. Measles, of course, is the easily preventable childhood illness whose mortality rate can be drastically reduced by the simple expedient of giving kids vaccines. The vaccine costs about 15 cents, which I think would have bought you a pack of gum 10 years ago in the United States, but still passes for a nontrivial amount of money in India.

What's more, the international public health community knows perfectly well how to organize an effective mass-immunization campaign. Nearby Nepal decided to give it a go last year, and cut their death rate by 90 percent. The government of India, meanwhile, is not unaware of the problem, but faced with limited resources has been focusing its vaccination efforts on polio instead — which seems fairly reasonable.

The key lesson here is debunking the widely held belief that foreign aid "doesn't work." It's true, as aid critics say, that many past aid programs have been ineffective. It's also true that long-run economic development depends more on poor countries' own efforts to get their institutions set up properly than on how generous donors are. Nevertheless, in even the most corrupt and backward despotisms of the world, a program aimed at vaccinating kids against preventable diseases will save lives — that works. Conversely, even a reasonably well-governed democracy like India will have a lot of difficulty coping with all its public-health problems without outside assistance.

The Measles Initiative — an international partnership between the Centers for Disease Control and Prevention, UNICEF, the U.N. Foundation, the American Red Cross, and the United Nations itself — has already succeeded in reducing the number of measles deaths worldwide by 39 percent. To achieve a 90 percent reduction, they say they would need about $479 million. They've only been able to get $147 million so far, "funds available only because Britain, France and other countries agreed to raise the money on the bond markets." Dare I suggest that the United States might want to consider stepping up to the plate?

Recent years have seen an admirable increase in the American elite's commitment to "idealism" in foreign policy, the rejection of the view that morality is and should be irrelevant to a nation's conduct on the world stage. Bizarrely, however, this has been paired with an increasing sense that the true measure of one's high ideals is one's willingness to kill people. Thus, to show your commitment to spreading liberal values around the world, you must support the invasion of Iraq. Even as support for the war has declined, semi-repentant liberal hawks tend to think that if you oppose the war too stridently or had the misfortune of being right in the first place you must be a closet realpolitiker.

But why not help the wretched of the Earth by finding the easiest ways to be helpful? The total cost of fully funding the battle against measles would be comparable to the daily cost of the Iraq War.

And, of course, measles is hardly the only fully preventable disease that causes mass death around the world for want of cheap vaccines. A government that was serious about promoting American ideals in the world would do much, much more on all these fronts.

It bears mentioning, of course, that such a campaign would, at the end of the day, serve American interests. Fewer dead kids will be good for Third World economies, especially the ones like India that are institutionally well-positioned to seize advantage of opportunities. And with anxiety about the economic impact of globalization reaching new heights, it's clear that a big part of the solution has to be a sustained effort to achieve rapid growth in the Third World, boosting wages along the way.

What's more, Americans have spent a remarkable amount of time since September 11, 2001, pondering the not-so-hard question of how to make us better liked. The evidence indicates that the solution is pretty simple. When we do things that are popular with foreigners — like contributing generously to the tsunami relief effort in Indonesia — we become more popular. When we do things that are unpopular with foreigners — like launching invasions of Iraq — we become less popular. Spearheading an effort that, while massive in some respects, is actually trivially cheap in the context of American defense expenditures would pretty clearly wind up filed in the "popular" drawer.

So how about it?