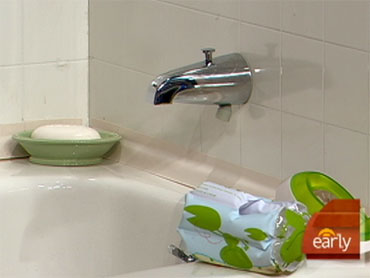 From humble beginnings as an NBC cast-off and mid-season replacement on CBS, the legal action drama "JAG" has persevered to become one of television's highest-rated shows.

Elliott tells The Early Show co-anchor Hannah Storm he credits the success of the show to loyal fans. He says, "The core audience is one of the reasons CBS picked it up because they believed it performed well wherever they put it. We moved to Friday nights and we win Friday night."

The show is about officers trained as lawyers who investigate, prosecute and defend those accused of crimes in the military, including murder, treason and terrorism. And though it is filmed well in advance, it stays on top of current events.

Elliott points out, "In the old days, we would do something and then it wouldhave just happened. Obviously, when he went to war with Iraq, it was tricky. Just prior to that, when we didn't know if we were going, we were like, 'What do we do? Do we deal with it or not?' So we would just refer to it, and got more into the war when it was happening.

" And then we felt it was getting a little depressing. It was depressing on the set and it was like, 'My God, we can't just be all about that.'"

This Friday, Elliott as Rabb defends a star Navy pitcher charged with assault for hitting a Marine batter with a pitch.

Some Facts About David James Elliott