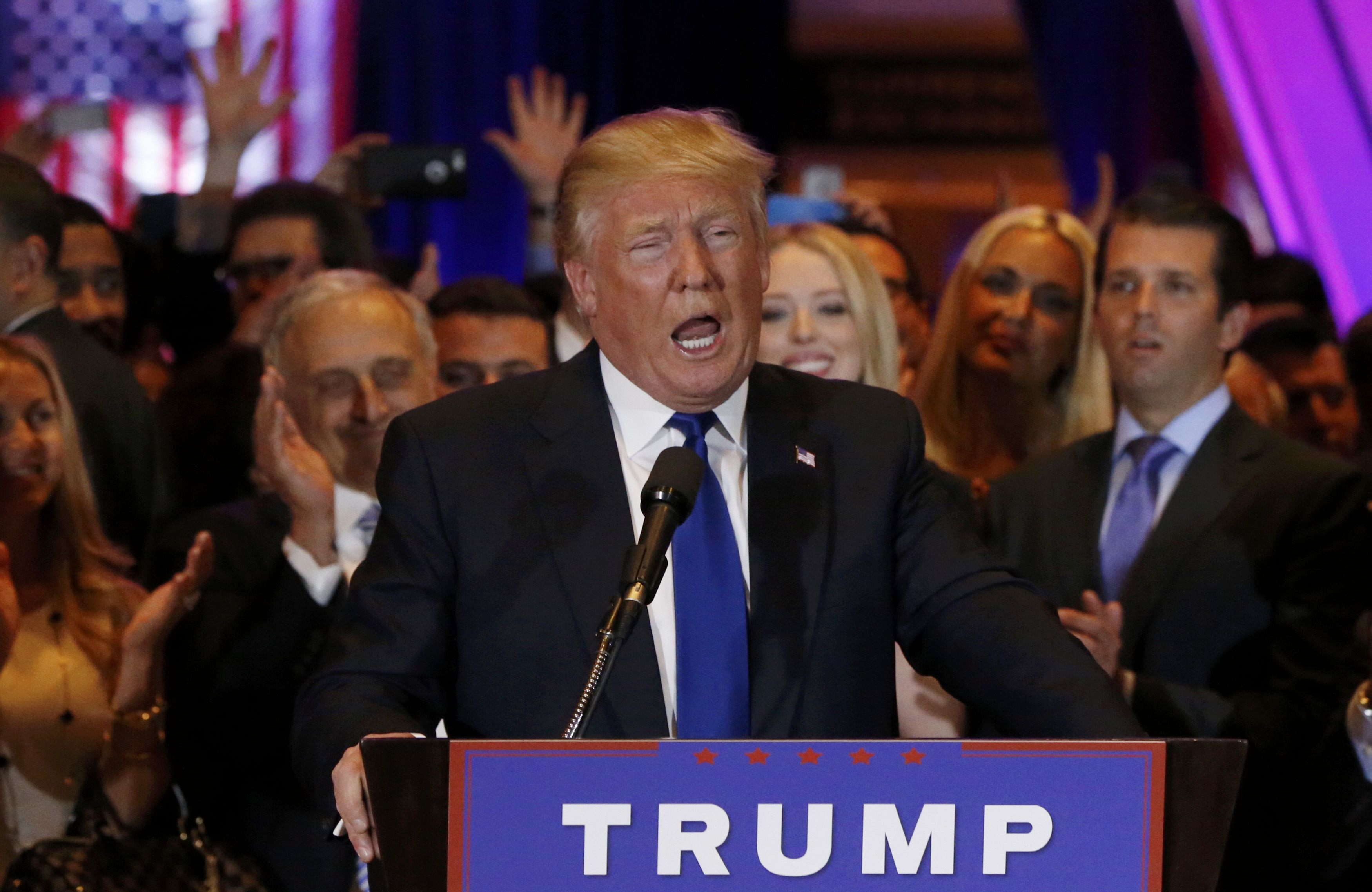 NEW YORK -- With Frank Sinatra's "New York" playing in the background, Donald Trump cruised to a smashing win in New York's Republican primary Tuesday, scoring a vital, delegate-rich win in his home state as his campaign seeks to right itself before a crucial final stretch.

Under the glow of red, white and blue neon lights with his smiling family and closest friends dressed in formal attire behind him, Trump delivered a five minute victory speech, putting on his best presidential face and painting a pretty picture of his path forward.

But with reports swirling of a discordant campaign affected by growing pains, Trump couldn't help but try and dispel the notion of an internal civil war between new aide Paul Manafort and his erstwhile campaign manager, Corey Lewandowski.

"I really want to thank my team," Trump began shortly after thanking voters, friends and his family for their support. "My team has been amazing. And you know it's actually a team of unity, it's evolving. But people don't understand that. The press does understand it they just don't want to talk about it that's ok. Just keep talking, it's very important. Keep talking."

He also used the opportunity to drive home what has become the crux of his stump in recent days given the looming possibility of a contested convention: the system is rigged and no one should become the nominee unless they win delegates via voters.

"Nobody should be given delegates which is a ticket to victory and it's not a fair ticket and even though we're leading by a lot, and we can't be caught, it's impossible to catch us," Trump stated. "Nobody should take delegates and claim victory unless they get those delegates with voters and voting."

"It's called you vote and you win," he concluded.

Trump heads to Indiana and Maryland to continue campaigning tomorrow, and argued that he will excel in upcoming primaries.

The Manhattan billionaire did not take any questions from reporters at the event, which was billed as a press conference. Lewandowski told reporters prior to Trump's remarks that he expects Cruz to be "mathematically eliminated" from becoming the nominee next week.