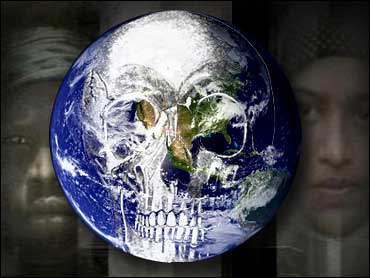 One person commits suicide about every 40 seconds, one person is murdered every 60 seconds and one person dies in armed conflict every 100 seconds, the World Health Organization said Thursday.

Overall, WHO estimated that 1.6 million people met premature and violent deaths in 2000.

The U.N. health agency, in what it described as the most exhaustive international study into the problem, examined the extent of violence in homes and on streets; the abuse of children and the elderly; suicide; and war.

"The figures for violent death tell only part of the story," report author Etienne Krug said. "Physical, sexual and psychological abuse occur in every country on a daily basis, undermining the health and well-being of many millions of people."

The report estimated that 815,000 people killed themselves in 2000 — making suicide the No. 13 cause of death worldwide. People older than 60 were most likely to take their own life.

On average, men were three times more likely to kill themselves than women, although in China the rate was about the same for both sexes. About 10 percent of people who attempt suicide eventually kill themselves, it said.

The highest suicide rates were in eastern Europe, while the lowest were in Latin America. But this masked big differences between rural and urban populations and different racial and ethnic groups within countries.

Among the Inuit people in northern Canada, for example, there were overall suicide rates of between 60 and 75 per 100,000 people, compared with 15 per 100,000 for the general population, it said.

WHO Director-General Gro Harlem Brundtland said she hoped the report would break taboos surrounding violence in the home and suicides.

"To many people, staying out of harm's way is a matter of locking doors and windows. To others, escape is not possible. The threat of violence is behind those doors," Brundtland said.

"And for those living the midst of war and conflict, violence permeates every aspect of life," she said of the 310,000 people who died in wars.

The report said an estimated 520,000 people were murdered in 2000 — excluding unlawful deaths disguised as accidents or natural causes. For every person who died, 20-40 others were hospitalized with injuries.

The death toll included 199,000 people aged 10-29 who were killed by other young people — often because of alcohol and drug abuse or easy access to firearms.

Youth homicides soared in the United States, many Latin American countries and the former Soviet bloc but stabilized or decreased in much of Western Europe and Canada, the report said.

In the United States, black youths are 12 times more likely to be murdered than whites.

Krug said WHO had no plans to lobby countries for stricter gun control laws during its violence prevention campaigns.

An estimated 57,000 young children died from abuse — often head injuries or suffocation, with preschoolers most at risk, the report said.

Millions more children were the victim of beatings. In South Korea, for example, a recent survey said 67 percent of parents admitted whipping their children to discipline them, and 45 percent reported hitting, kicking or beating them, the report said.

In 48 surveys from around the world, up to 69 percent of women reported being physically or sexually assaulted by an intimate male partner at some point in their lives and as many as 20 percent of women were sexually abused as children, it said.

WHO also said the abuse of elderly people by relatives and other caregivers was "increasingly being recognized as a serious social problem."

"It is also a problem that may continue to grow as many countries experience rapidly aging populations," the report said.

In some developing countries where women have inferior social status, elderly women were at even greater risk for abuse than men. For example, they were abandoned or had their property seized after being widowed.

In Tanzania, an estimated 500 elderly women accused of witchcraft — often connected with an event like crop failure were murdered every year, it said.