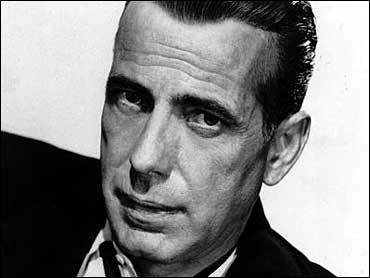 They didn't make them any more calm or collected than the immortal Bogey. Major Strasser never got him to lose his cool. Neither did the likes of Johnny Rocco, Captain Renard or Kaspar Gutman, (aka, the infamous "Fat Man,") or, for that matter, any other unlucky celluloid nogoodnik who crossed his path.

A hangdog scowl, a slug of bourbon and a deep drag on a Marlboro suffice during normal times. Too bad for us that we're living through a period that's anything but normal. It could be that Jupiter is out of line with Mars or that some mad scientist has been tampering with the water supply. But whatever the proper explanation, this much seems clear: the republic is increasingly on edge with folks flying off the handle at the slightest offense, real or imagined - and I'm not just talking about the town hall furies. Consider the following:

Exhibit A: The Strange Case of Some Strange Execs

Over the summer, Tony Bernazard, the vice president of player development for the New York Mets went on a postgame tirade in which he personally challenged the players on the club's Double-A team to a fist fight. Outside of the environs of the World Wrestling Federation, that's not something you see very often. In fact, I covered baseball earlier in my career and I've never heard of anything like this. Who knows what really set him off and who cares? Bernazard wasn't put on the payroll to do second-rate impersonations of Bruno Sammartino. As expected, Mets' management eventually sent Bernazard packing but not before this turned into opera buffa. In announcing the firing, the team's general manager Oscar Minaya launched an oddball soliloquy aimed at a Daily News sportswriter because he written critically about Bernazard's behavior. Naturally, this being the major leagues, the club's owners quietly interceded to extract a scripted apology from Minaya in order to let the team concentrate on turning out yet another season of exquisitely underachieving baseball.

After a lineswoman called her for a foot fault during a match against Kim Clijsters at the U.S. Open, Serena Williams went temporarily berserk. (Here's a video which shows Williams threatening to "shove this (expleted) ball" down the judge's "(expleted) throat." She obviously blew her cork and would take back her words if that were possible. But you can't. I've always admired Serena. She's had to deal with a lot of grief over the years from the media simply because her father rubs reporters the wrong way. For that alone, I'd love to cut her a break. Still, boorish behavior is boorish behavior. Williams could have avoided this unncessary hassle by thinking before speaking. Now this episode will find its place along with the 1981 infamous outburst by John ("You Cannot Be Serious") McEnroe at Wimbledon. Bad form all around.

Then there's Kanye West. Poor guy was so distraught after Beyonce lost out to Taylor Swift for Best Female Video at the MTV awards Sunday night that he couldn't restrain himself. So what does this gallant do? He jumped on stage, grabbed the microphone from Swift and said, "Taylor, I'm really happy for you, and I'm gonna let you finish, but Beyonce had one of the best videos of all time." Charm beyond description. If MTV ever considers a "Knucklehead of the Year" competition, the smart money will be on West. Don't forget that in 2006 West was so miffed at failing to win Best Video at the MTV Europe Music awards that he crashed the stage when the award was being presented to Justice and Simian for "We Are Your Friends."

Hand it to Congressman Joe Wilson (R-SC) to make James ("Beam me up, Scotty") Trafficant come off as positively restrained by comparison. The right wing blogs have been in a state of high dudgeon since this formerly little-known politician turned into a punching bag for the mainstream media. But it's hard to spin this as a witch hunt, not after Wilson embarrassed himself in front of the nation by interrupting President Obama's joint address to Congress last week. When the president said illegal aliens would not be covered under his health reform proposals, Wilson lost it. Instead of doing what most politicians do - wait until later to issue the usual self-serving partisan criticism - Wilson, acting as if he had Tourette syndrome, shouted out "You lie." Wilson committed such an extraordinary breach of protocol that House Speaker Nancy Pelosi's face muscles actually twitched. In the end, Wilson's getting more attention for his bad behavior than for anything he's ever done in Congress. But like Bernazard, Serena, and West, he had an excuse: He was provoked - right?