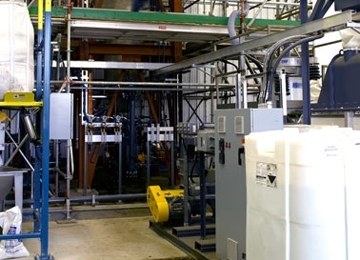 That, in a nutshell, is the idea behind resource recovery, an emerging, definable segment in the water market.

Resource recovery essentially revolves around developing filters, membranes and other systems to pluck solids out of various waste and industrial water streams and then sell them as commodities. A number of companies already participate in this market. What has evolved more recently is the term and, believe it or not, that's significant. Once a seemingly disparate group of companies can get lumped under a shared conceptual umbrella, potential customers and Wall Street analysts start to listen.

A big part of the appeal, of course, is that these processes turn waste into gold, or at least into hefty sacks of nickels. Municipal water agencies, mining outfits, and oil companies now regularly spend billions a year to process their waste streams. Getting votes or CEOs to approve upgrades to waste systems is rarely easy because the money literally goes down the drain. By adding in a payback mechanism, waste upgrades become that much more palatable. (See Eleven Great Things To Do With Sewage.)

Ostara Nutrient Recovery Technologies, one of the early leaders, has created a system that crystallizes and extracts 85 to 90 percent of the phosphorous and 15 percent of the ammonia from human sewage streams and converts it to a high-grade fertilizer it calls Crystal Green.

The company has installed 20-plus prototype systems in the U.S. and today christened a commercial-scale system at the Nansemond Treatment Plant in the Chesapeake Bay, which currently cleans about 30 million gallons of wastewater. The Hampton Roads Sanitation District, which bought the Ostara system for Nansemond, manages 231 millions of gallons of wastewater a day over its total territory.

Just about a year ago, Ostara installed one of its systems in Oregon for a municipal water service that serves a city of around 500,000. That's an Ostara Pearl system in the photo.

The company has also installed five pilots in Europe and the U.K. and is in the midst of discussions over two commercial-scale plants in the U.K. Pilots are currently in operation in Shanghai, said CEO Philip Abrary in an interview.

It's a feel-good story all around. Eliminating phosphorous and other impurities in water is a capital- and time-intensive business. The same water has to be run through purification systems several times before the solids are completely eliminated. Ostara's system reduces the number of purification cycles and thereby the cost of water treatment.

Just as important, this technology puts a dent in the need to mine fresh phosphorous.

"Phosphorous is not a renewable resource. It is mined in a handful of places," he said. "The U.S. only has eight percent of its reserves left. The world may only have 50 to 100 years' worth of reserves."

Added bonus: much of the phosphorous from wastewater systems ultimately slips into rivers, so Ostara helps with that problem, too. And Crystal Green -- which, incidentally, has nothing to with the powdered drink mix Crystal Light once hawked by Dynasty star Linda Evans -- also releases the active ingredients slowly, thereby reducing the potential of algal blooms and other hazards. VantagePoint Venture Partners has invested in the company.

So, please, residents of Virginia, do something for the environment and relieve yourselves today.

Meanwhile, Simbol Mining, 212 Resources, and Altela serve industrial markets instead of municipal ones. Simbol has found a way to extract lithium from the streams employed inside geothermal power plants. In a sense, the company is mining without the need to dig a mine. Micromidas produces plastic from sewage sludge.

In a conceptually similar vein, 212 and Altela have both created systems that extract oil and other byproducts from the streams at mines and refineries. The end products are fresh water, which can be reused in plant operations, and marketable chemicals. In the end, the mine or oil field yields more material, and the operators don't need to consume nearly as much groundwater, which is a big deal considering that mining in South Africa, Australia and the U.S. often occurs in the dusty outback regions of all three nations.

Someday, this technology could even come into the home. Mark Shannon at the University of Illinois is concocting a prototype for residences that would convert your sewage into water for the garden, methane that could be used locally, and minerals that could be resold.

Or turned into chewable vitamins. Some of the marketing kinks probably still need to be worked out.