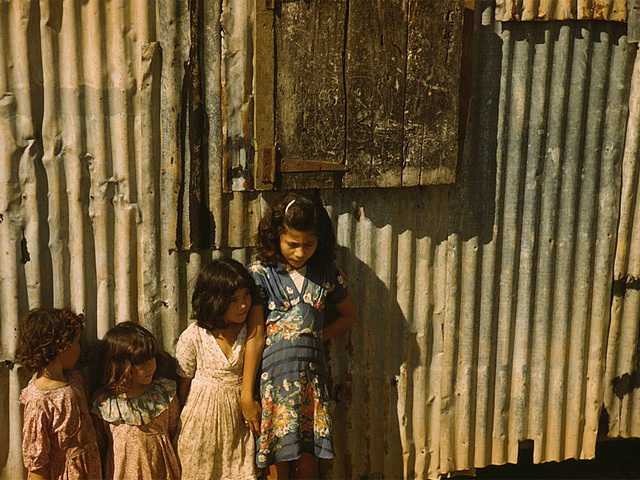 (MoneyWatch) COMMENTARY It was a big weekend, as you might expect, for the Apple (AAPL) iPhone 5. The company sold out of units in three days, with 2 million pre-orders taken in the first 24 hours after its announcement. And for every 18 it sold, Apple matched the top income of a person officially in poverty.

From one view, it's tremendous success, of course, even in the face of criticism over a ho hum factor, at least when it comes to the press. But as analysts wonder whether Apple could become the first trillion dollar company, it's time to remember other recent news, as well. There are 46.2 Americans living in poverty, and median incomes -- the middle point -- declined for the third year, suggesting that more are headed in that direction. If the trend continues, the impact will eventually be felt not just by Apple, but by many other companies as well.

A problem in this country is that there seems to be a pervasive sense of unreality when it comes to the economy and to business. Many focus on Apple because it is a dramatic story. But seeing the iPhone 5 as "a sign that the consumer is capable of continuing to spend," as First Citizens Bancshares Inc. chief investment officer Eric Teal told Bloomberg Businessweek, assumes that the supply of buyers is deep and can continue.

Watching the invisible
Back to the poor -- the roughly 15 percent of the population that is likely to grow if median income continues downward. To be considered poor, an individual must make no more than $11,484 a year, or $23,021 per family of four. Given that Apple makes about $650 in revenue for each iPhone, optimistically it takes about 18 units to match the most money a poor individual will make in a year. At the family-of-four level, Apple matches the income (per person) with nine unit sales.

This isn't to bash Apple. Selling fewer smartphones won't automatically increase the financial stability of a poor person. Many other companies sell expensive goods. There is a problem, though, when people assume that taking care of those with more disposable income will solve the economic situation in this country.

A strong economy needs to work adequately at all layers, especially when median income is moving down and households have less and less income to purchase goods and services. Most companies have much slimmer revenue streams and depend on a far deeper penetration into the economic mass of people.

It's not just the private sector that depends on many people having money to buy goods. The federal government needs wage earners. As the flap over Mitt Romney's 47 percent remark shows, there's a lot of sensitivity over who contributes money to the running of things and who doesn't.

Paying in more than people think
But when a Senate subcommittee released a report last week over large corporations sending profits overseas and, as a result, paying much smaller amounts of income tax, it included an interesting chart:

It shows the powerful reason why wage earners are so important: Payroll taxes, which all pay, has become the second largest source of income to the federal government. In 2011, individual income taxes were $1.09 trillion. Payroll taxes were $819 billion.

Neither business, government, nor the general economy can afford to focus solely on those in the relatively upper financial reaches of the populace. People cannot be left struggling, seeing their incomes drop as corporations sit on excess working capital equivalent to nearly 7 percent of the U.S. GDP, or more than $900 billion.

Profits are important, of course, but it is possible to take too much out of a complex system and starve it, just as you can over-farm a plot of land, depleting nutrients and eventually making it impossible to grow more crops. The truly disturbing thing is that it's unclear whether companies will eventually realize this early enough to keep the possible downward spiral at bay, where people spend less, so companies tighten their belts, pushing down wages and employment, resulting in further reduced spending.