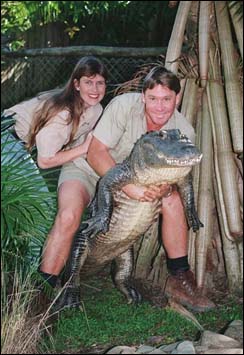 It acts like the "Love Bug" in a way, but experts warn that a new worm program called "Killer Resumé" is a lot more dangerous.

"Once you click on that attachment you can essentially kill your computer almost instantly," said Stephen Trilling of the SYMANTEC AntiVirus Research Center.

Computer experts say the best way to kill the Killer Resumé is to immediately delete it.

Anti-virus companies reported that several corporate e-mail systems had already been infected, and some shut down, the FBI's National Infrastructure Protection Center said.

The virus is carried in a file attached to an e-mail with the subject "Resume - Janet Simons." The attachment is a Microsoft Word file called "EXPLORER.DOC" or "RESUME.DOC," according to an alert posted on the Web site of Network Associates, a computer security company.

The FBI advised computer users not to open any e-mail with this subject line, to deactivate the executive summary feature in Microsoft Outlook, and then delete the e-mail without opening it. The anti-virus industry was working on software patches to stop the virus, the FBI said.

Santa Clara, Calif.-based Network Associates said the virus was known as the "Killer Resume" because it arrives pretending to be a resume from a potential job applicant.

Symantec AntiVirus Research Center of Cupertino, Calif., said the virus was "extremely fast-spreading," and the text of the message reads:

Earlier this month, the spread of a computer virus that could have done more damage than the "Love Bug" was slowed by U.S. companies that had strengthened their defenses against attacks from the Internet.

The virus, dubbed "NewLove," infected thousands of computers around the world, but failed to become an epidemic like the Love Bug that reached millions three weeks ago.

Safeguards put in place on corporate e-mail systems against the earlier virus stopped NewLove's spread. The FBI said the virus shared some characteristics with the Love Bug and have launched a search for the creator.

The Love Bug arrived in e-mails with an ILOVEYOU" subject line that enticed millions of recipients to open the attachment that activated the virus. Once news spread of the threat, infected e-mails were easily detected and deleted.

Estimates of the damage caused by that virus range up to $10 billion, mostly in lost work time.

As with NewLove and the Love Bug, Killer Resume will only spread from recipients running Microsoft's Outlook e-mail program.