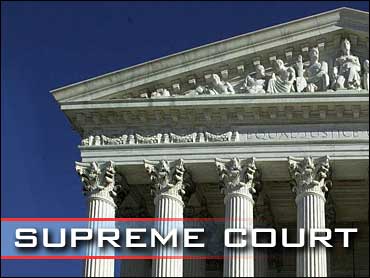 
The Supreme Court this term will resolve mundane legal issues and monumental ones. It will decide a case involving the Intermodal Surface Transportation Efficiency Act and probably a case about federal campaign finance reform. It will look at the Federal Boat Safety Act and also at those "three-strikes" state laws that have been putting people in jail for life for shoplifting. It will evaluate the Hazard Elimination Program and also a federal firearms case that could ignite a furor over the scope of the 2nd Amendment. It will interpret the Federal Trademark Dilution Act and at nearly the same time the scope of "Megan's law" statutes and their application to certain sex offenders. But in the end the coming term will forever be remembered for how the nine Justices of the nation's High Court respond to the many serious legal issues raised by the war on terror.

Striking times typically generate striking Supreme Court rulings and this coming term the Justices will have their first real opportunity to shape the legal war on terror. More precisely, the Supreme Court will have its first real opportunity to either limit or consent to the broad reach the executive branch has asserted over domestic life since last Sept. 11. And the overarching question will be a relatively simple one: in what circumstances does the undeclared war on terror justify the administration's attempts to trump well-worn constitutional rights. For those who believe the executive branch has overreached, the Supreme Court will serve as the last line of legal defense.

The Court has not yet formally accepted any single terror case although several are wending their way toward Washington. The Justices first will be asked to reverse a ruling earlier this year by the 6th U.S. Circuit Court of Appeal that required open immigration hearings for suspects scooped up off the streets during the government's anti-terror sweep. The Supreme Court also may be asked this term to resolve the question of whether President Bush, alone, can designate a U.S. citizen as an "enemy combatant" and then authorize his indefinite and incommunicado detention without charges. Two such citizens, Jose Padilla and Yasser Esam Hamdi, find themselves in that unenviable position.

The administration, it is worth knowing, isn't exactly playing defense as these terrorism-related cases make their way up the legal ladder. As David Savage pointed out recently in the Los Angeles Times, "terrorism may also case a shadow over several current cases" including a case out of California in which police tried to force a confession out of a dying man not to use it against him but to exonerate the police who had shot the man. The man, Oliverio Martinez, survived the shooting and has since sued the police. If the Supreme Court rules in favor of the police, it could give the administration an argument to use more force in the interrogations of suspected al Qaeda terrorists.

Likewise, the Bush administration is challenging another 9th U.S. Circuit Court of Appeals ruling that the "mandatory detention rule" in immigration proceedings is unconstitutional. A Supreme Court ruling in favor of the Justice Department could expressly permit INS officials to jail deportable immigrants without a hearing and that in turn likely would preclude lawsuits brought by Sept. 11 detainees who were jailed immediately after the terror attacks. So even when the case before the Court isn't specifically a terrorism-related one, there will be terror law ramifications whatever the justices decide. They know it and so, too, do the lawyers who work before the Court.

If these terror-law issues weren't enveloping the Court like a cloud, it would be easy to argue that the coming term is no more or less significant than any other recent court term. There are a fair share of important legal issues the Court has decided to decide; issues that will affect the everyday lives of many Americans. But in that respect this term doesn't appear much different from any other. There are the important disputes identified above and there are many others you will not hear about or really care about during the course of the term. Here are some of the ones you may want to keep an eye on. Concerned about the rising cost of prescription drugs? The Supreme Court will decide this term whether a Maine law that gives discounts on drug prices to residents who don't have insurance coverage violates the commerce clause of the Constitution or the federal Medicaid law.

Interested in "hate crimes"? The Court will look at a Virginia law banning cross burning with the intent to intimidate to see whether it improperly infringes upon first amendment rights to free speech and expression. The Court will again look at the Americans with Disabilities Act to determine whether shareholders count as employees for the purpose of counting up to the employee-threshold limit. The Justices will also revisit one of their favorite recent targets-- the issue of state immunity under the 11th Amendment-- in a case involving the application of the Family and Medical Leave Act. Abortion protests, too, will be on the court's docket, in the form of a case about how far the government can go in using federal racketeering statutes to prosecute aggressive protestors. There are four death penalty cases coming up this term, although none will require the Justices to re-visit the core of that heated issue. And all the while, you can bet, Chief Justice William Rehnquist will continue to bug Congress about the dearth of judicial appointments around the country. Whatever you think of how the Justices resolve these many conflicts, they'll earn their money from now until their next summer break.