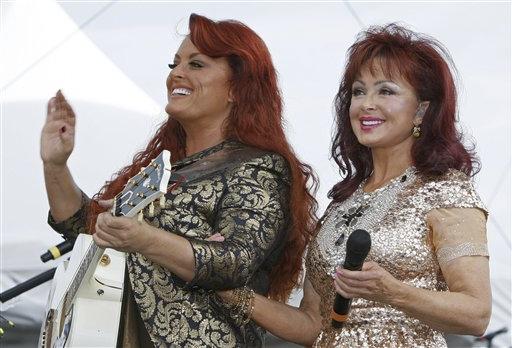 Nicolas Cage's fourth collaboration with mega-producer Jerry Bruckheimer opened much stronger than expected this weekend. "National Treasure" was No. 1 at the box office, bringing in an impressive $35 million.

"SpongeBob SquarePants" made his big-screen debut and soaked up over $33 million, The Early Show entertainment contributor Laurie Hibberd reports in "Box Office Plus."

After two weeks in the top spot, "The Incredibles" fell hard, from first to third place, with $26.8 million, lifting its total to $177.8 million. Tom Hanks' Christmas adventure "The Polar Express" came in fourth with $15.2 million in its second weekend. Costing $170 million to make, the high-tech breakthrough movie has had a cool reception from audiences, taking in $51 million in 10 days.

After a healthy $8.7 million debut in narrower release of 530 theaters a week earlier, Renee Zellweger's "Bridget Jones: The Edge of Reason" had a so-so expansion, taking in $10.1 million in 2,450 cinemas. A sequel to the 2001 romantic comedy hit, the movie came in at No. 5.

Hollywood had a second straight weekend of rising revenues after a slump that lasted most of autumn. The top 12 movies grossed $144.8 million, up 15 percent from the same weekend last year.

The strong revenues provide a good springboard into Thanksgiving, one of Hollywood's busiest weekends. The crowd of family films - including Tim Allen's "Christmas With the Kranks," opening Wednesday - should prove a powerful draw over the long weekend, said Paul Dergarabedian, president of box-office tracker Exhibitor Relations.

"National Treasure" centers on a plot to steal the Declaration of Independence to obtain the hidden clues to a colossal fortune stashed by the Founding Fathers.

Unlike Bruckheimer action flicks aimed at the adult-male crowd, "National Treasure" had a softer PG rating that opened it to family audiences. The movie drew solidly among all age groups and scored well among women, too, said Chuck Viane, head of distribution for Disney, which released "National Treasure."

"Jerry's core audience goes in looking for a great piece of action, and it delivered on that," Viane said. But the PG rating "expands the size of your audience so you get a much bigger spread of folks coming in."

"The SpongeBob SquarePants Movie" is the first big-screen adventure for the Nickelodeon TV cartoon bottom-dweller, a cheery sponge who lives among his aquatic pals. The movie was generally well-received by critics, who called it a cheery breath of fresh air and good humor.

A big part of SpongeBob's appeal is that he is eternally optimistic, presenting a good role model for children, said Wayne Lewellen, head of distribution for Paramount, which released the movie.

"The character always seems to be happy and accepts everything in good nature, whatever it is," Lewellen said.

In limited release, Pedro Almodovar's "Bad Education" had a terrific opening, grossing $147,366 in three theaters. The movie's convoluted plot centers on the relationship of two boys whose budding romance is destroyed by a jealous priest.

Estimated ticket sales for Friday through Sunday at North American theaters, according to Exhibitor Relations Co. Inc. are: