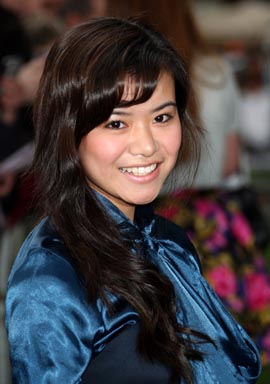 Zacarias Moussaoui appears to be the first candidate for the title of "Sept. 11 Poster Boy," the first candidate to possibly stand accused of a role in the tragic events which transpired that day. According to published reports, federal officials are considering indicting the 33-year-old Moroccan on conspiracy charges relating to the terror attacks which brought down the Twin Towers of the World Trade Center and devastated the Pentagon.

Citing unnamed government officials, the Boston Globe reported Wednesday that the FBI believes Moussaoui "was supposed to be part of the hijacking team that commandeered United Air Lines Flight 93 out of Newark Airport, which crashed into a field in Pennsylvania." According to the report, Moussaoui wasn't on the flight because he had been arrested less than one month earlier in Minnesota. German officials apparently have assisted U.S. law enforcement officials in linking Moussaoui to the hijackers and to other extremists.

If these reports are true, they suggest the imminent start of a legal proceeding which should be relatively familiar to most Americans. We saw it - or a likeness to it - before in 1997 during the Oklahoma City bombing trials. And we saw it - or something very similar to it - before in 2000, and earlier this year, with the African embassy bombing trial. But a criminal trial involving the carnage of Sept. 11 will be orders of magnitude different.

What a Moussaoui trial would look like depends upon what charges the feds may decide to bring against him. If past is prologue, prosecutors will throw the book at anyone accused of domestic terrorism. We can expect dozens or perhaps even hundreds of charges to be thrown at Moussaoui and anyone else who may be charged. At a minimum, Moussaoui likely would be charged with conspiracy to use a weapon of mass destruction, i.e. a jumbo jet filled with fuel. Under federal law, that charge alone brings the possibility of a death sentence. Both Timothy McVeigh and Terry Nichols, the Oklahoma city bombers, were convicted of this conspiracy charge, among others. As you know, McVeigh was sentenced to death and executed. Nichols was not sentenced to death despite that conviction.

It is possible – even likely – that federal lawyers would seek to charge Moussaoui with conspiracy to murder federal law enforcement or military officers since some were killed inside the Pentagon and in New York City. This charge, too, is a serious and substantial one. First-degree murder? I don't know. I don't know if the authorities have enough evidence to go after Moussaoui on that charge since he was in custody on Sept. 11.

Bringing the charges, of course, is different from proving the case. According to every report I've read, Moussaoui is relying upon the fiftamendment and isn't talking to authorities. The 19 men who flew the planes into buildings that day aren't going to be talking, either, and that means, for the most part, that the feds are going to have to piece together a circumstantial case against Moussaoui. Can they do that relying solely upon a purported money trail that links Moussaoui to the hijackers? Probably not. Does it help their cause the Moussaoui reportedly signed up for a flight school in Minnesota but told his instructors that he wasn't interested so much in landing and taking off? Yes. Enough for a conviction? Again, probably not. There will have to be more, much more I suspect, before any judge is willing to allow a death penalty case like this to go forward.

And that's another huge question mark here. How would a federal judge react to all this? Would he or she take command of such a case the way U.S. District Judge Richard Matsch took command of the Oklahoma City bombing trial? Or would Moussaoui's future judge act more like Judge Lance Ito, the California state judge who made such a mess of the O.J. Simpson murder trial. No doubt any judge who gets a hold of this case, or any case involving anyone allegedly related to what happened on Sept. 11, will face challenges, both practical and legal, which no judge in our history has ever before faced.

Foremost among these challenges would be to find a jury somewhere - anywhere - which can fairly and objectively judge Moussaoui's innocence or guilt. Or, for that matter, the guilt or innocence of anyone who may be charged with these sorts of crimes. That's another big unknown here; will federal authorities bring even a skimpy case against a defendant in this context knowing, or hoping, that public sentiment (represented by jurors) is so pro-government now and so anti-terror that even a skimpy case will generate a conviction? I don't know. I suppose it doesn't matter since judges almost always have the final say in these matters. You can bet there are a lot of federal prosecutors pondering these sorts of questions as the criminal investigation moves toward the courts.