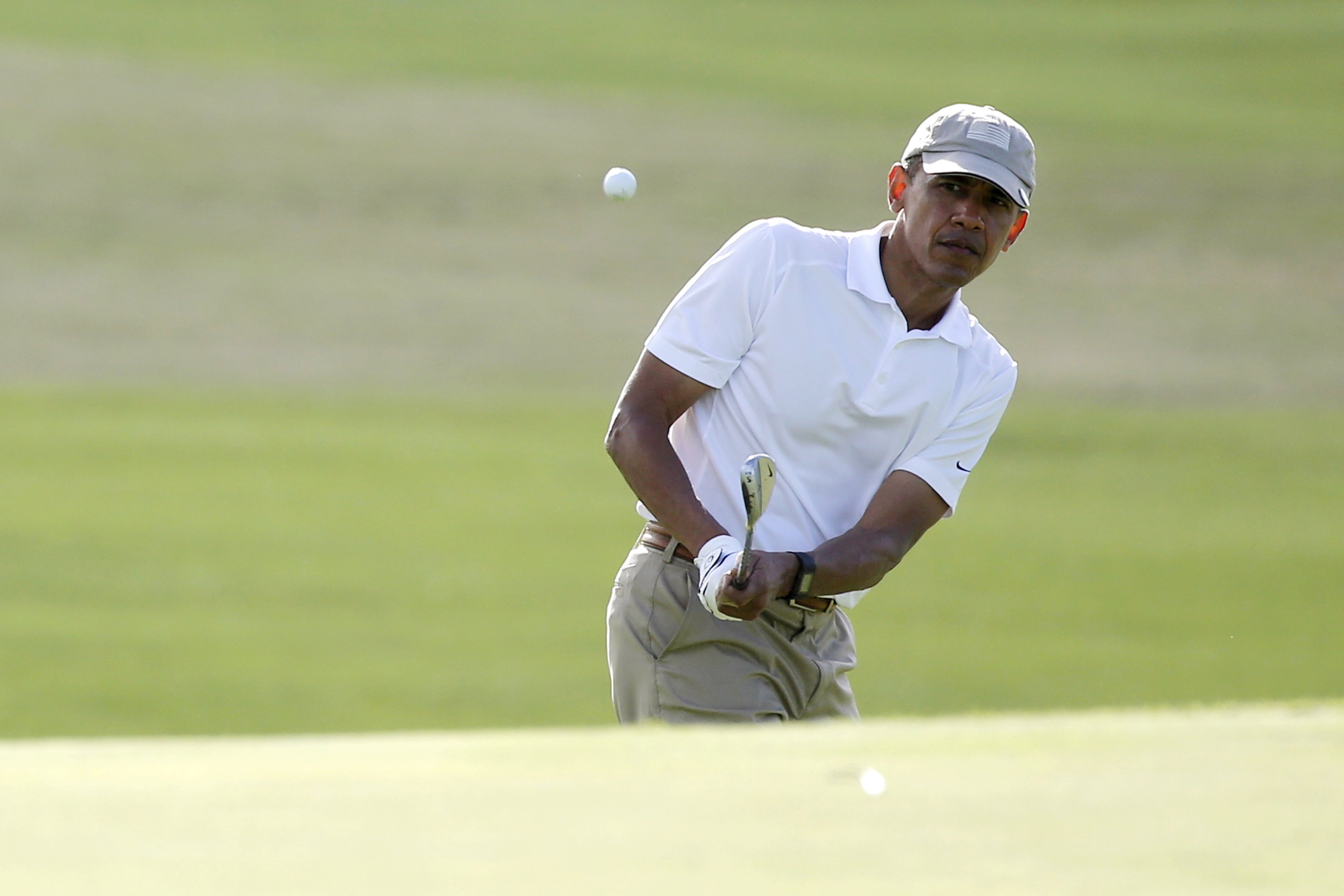 WASHINGTON-- President Barack Obama is on the course with some high-powered golf partners.

According to the White House, there's quarterback Aaron Rodgers of the Green Bay Packers and retired astronaut Mark Kelly.

Rounding out the group at the Andrews Air Force Base course is ESPN's "Pardon The Interruption" co-host Tony Kornheiser.

Kelly is married to former Rep. Gabrielle Giffords, an Arizona Democrat. The couple became outspoken advocates for tighter gun-control laws after Giffords was seriously wounded in a mass shooting in Tucson, Arizona, that killed six people in January 2011.

Giffords has campaigned for Hillary Clinton, Obama's former secretary of state and the front-runner in the Democratic presidential race.

Rodgers had a previous connection to Kelly before their encounter on the course. The two were contestants last year on an episode of "Celebrity Jeopardy," which the NFL star won.

The president's golf outing with the Green Bay Packers quarterback comes just days ahead of Wisconsin's Democratic primary election. Voters will cast their ballots in the state on April 5.