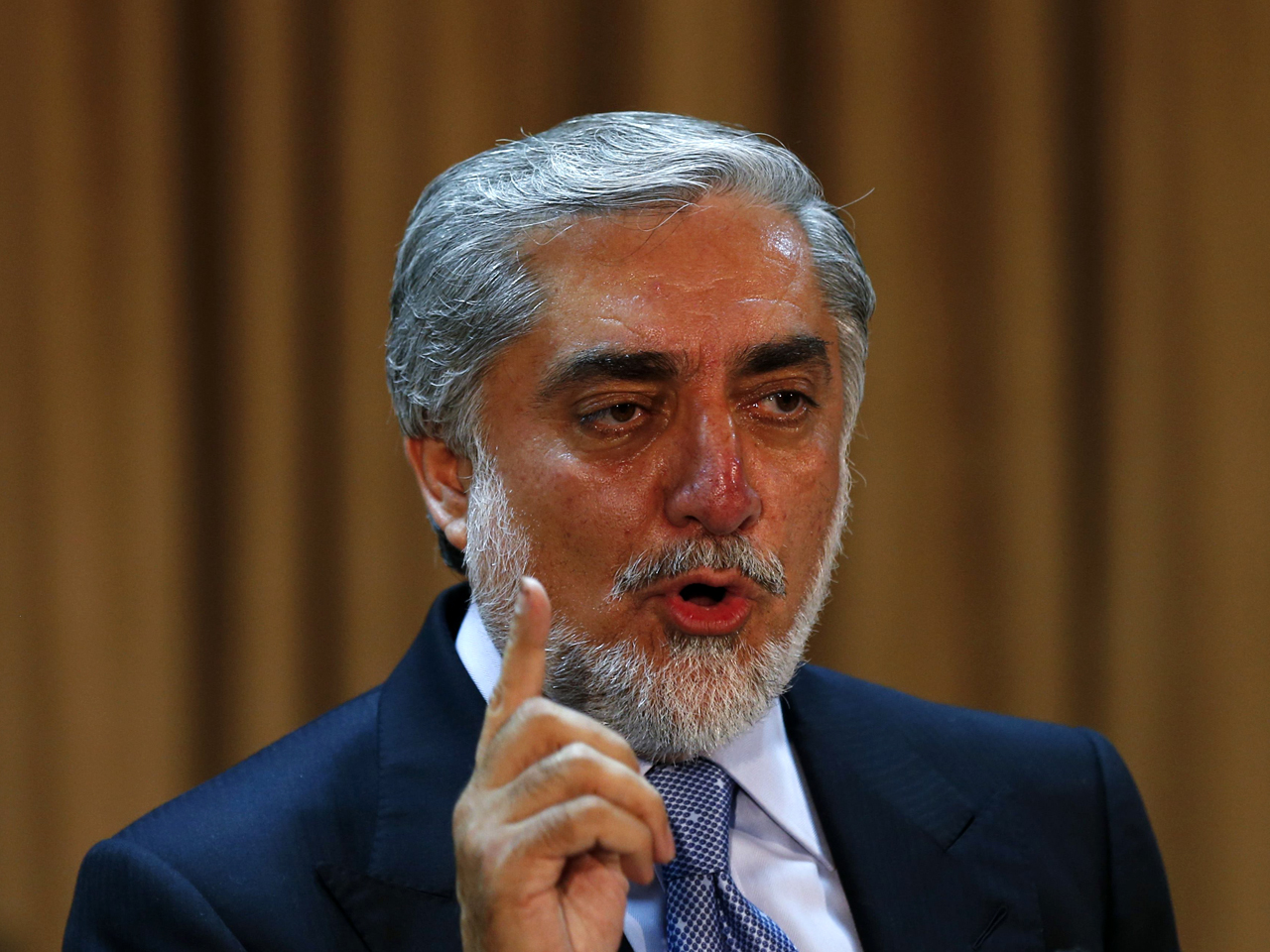 KABUL, Afghanistan -- Afghan presidential candidate Dr. Abdullah Abdullah announced Wednesday that he was suspending all work with the Independent Election Commission of Afghanistan (IEC), citing what he said was widespread, carefully engineered fraud in the second round of voting in the country's presidential election, and asked the commission to halt the vote-counting process immediately.

Abdullah said if the process continued, it would hold no legitimacy.

His refusal to work with the independent election body raises the possibility of a protracted political crisis following two rounds of voting which should have ushered the first democratic transition of political power in Afghanistan's history. It could also undermine 13 years of effort by the United States and myriad other nations and international organizations to try and develop the war-torn nation.

None of the nine candidates managed to secure the minimum 50-percent-plus-1 vote threshold in the first round of the elections April 5. Abdullah, a former Afghan foreign minister, came out on top, with 45 percent of the vote, followed by technocrat and former World Bank official Ashraf Ghani Ahmadzai, who won 31 percent. According to the Afghan constitution, the two men then had to go up against each other in a run-off vote.

The preliminary results from that run-off are scheduled for release July 2, with the final result expected 20 days later. Abdullah's camp has become increasingly suspicious as preliminary vote counting showed Ghani with a significant one million vote lead in the run-off, reversing the first round results.

Abdullah's team has since alleged vast ballot box stuffing - in some cases a day before voting even took place - and other irregularities and says the IEC was directly involved.

On Saturday, the day of the run-off election, Afghan police stopped Ziaul Haq Amarkhel, the secretary of the IEC, while he was transporting ballot papers without a police escort.

He was accused of fraud, by Abdullah and others, but insisted he was merely trying to rush ballot papers to several polling sites where there was a shortage. Speaking to reporters Tuesday, IEC chair Yusuf Nuristani said there was no evidence to suggest Amarkhel was working for or against any particular candidates and that it was time to "close this case."

Abdullah also rejects the IEC's assertion that approximately 7 million people took part in the run-off. According to the candidate, the official turnout in some volatile eastern provinces was higher even than the eligible population of voters.

An "exaggerated number of votes were reported from provinces which were not in proportion with the population of the area, let alone the security situation," Abdullah told reporters.

The IEC put turnout at 6.6 million in the first round of the election, when voting had to be extended for an hour due to high turnout, and there was a shortage of ballot papers in most provinces. In the second round, voting hours were not extended and turnout seemed lower based on video and pictures from around the country.

"We announce today that we do not have trust in the commission's conduct," said Abdullah. "For the legitimacy of the process we suspend our engagement with the commission."

He said he had asked his party's monitors to leave the election commission offices and counting centers in Kabul and around the country, "and we are asking for (vote) counting to be stopped immediately."

Nader Nadery, founder and chairman of the Free and Fair Elections Foundation of Afghanistan, said that the level of fraud in the second round of voting was about the same as in first round.

Abdullah said he would not resume work with the IEC unless Amarkhel was suspended from his job as secretary, evidence was provided to bolster the IEC's assertion that 7 million turned out to vote and the commission worked to separate "clean votes" from the alleged fraudulent ballots in some eastern provinces.

In response, Ghani campaign spokesman Faizullah Zaki said, "We do not believe Dr. Abdullah's demands are legitimate, and we consider it disrespect to the people's votes and also consider it a breach of agreement between candidates and IEC."

IEC chief Nuristani told reporters Wednesday that vote counting would continue with the oversight of local and international observers and that any decision on Amarkhel's suspension was for President Hamid Karzai. Karzai, who was forbidden from seeking a third term under the Afghan constitution, approved all the IEC members.

"Unfortunately, the Afghan president was not impartial," said Abdullah. "Being neutral could be voting for a candidate, could be interest in a candidate, but there is something beyond being neutral, which is engineering the system in favor of a candidate."