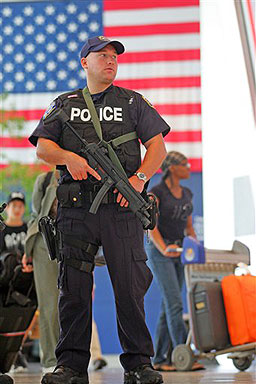 Abortions are becoming less common in the United States — particularly among teen-agers — but researchers say they are surprised by a major survey that shows the abortion rate climbing among low-income women.

The overall U.S. abortion rate fell from 1994 to 2000 — from 24 abortions for every 1,000 women of childbearing age to just 21, the not-for-profit Alan Guttmacher Institute reported Tuesday.

But in a surprise to researchers, the abortion rate rose sharply for women who make less than twice the federal poverty line — about $34,000 for a family of four. The rate fell among higher-income groups.

"That was not something we expected to find," said Rachel K. Jones, lead researcher for the study, which was based on questionnaires from more than 10,000 women who had abortions. "They went down for everyone else."

Jones said the rise may be evidence that low-income women have less access to contraceptives, leading to more unwanted pregnancies. She cited late-1990s welfare reform, which scaled back Medicaid coverage.

She said the institute planned additional research in the coming year to get a more concrete picture of the reasons behind the trends.

The institute receives some funding from Planned Parenthood, but its abortion statistics are generally regarded by both anti-abortion groups and abortion-rights supporters as accurate and comprehensive.

"We're seeing the results of policies that don't afford equal access to contraception," she said.

But Laura Echevarria, a spokeswoman for the National Right to Life Committee, said using access to contraceptives to explain the rise in abortions performed on low-income women is "probably a bit of a stretch."

Those figures do not necessarily mean more teens are carrying pregnancies to term. Other key indicators of teenage sexual activity — including teen pregnancy and births to teen mothers - also fell steadily in the late 1990s.

Analysts have credited a broad set of factors for those trends, including fears of HIV and AIDS and a booming economy that may have led young people to put off raising families in favor of high-paying jobs.

It's too early to tell whether the downturn in the economy will cause those same statistics to rise, said Sarah Brown, director of the National Campaign to Prevent Teen Pregnancy.

"It's funny. Never has anxiety been higher about bare midriffs and all-night raves," she said. "But kids are having less sex, and those who do are using contraceptives much more carefully."

The federal government's most recent abortion statistics are from 1998. Those figures, from the Centers for Disease Control and Prevention, also show a steady drop in abortions during most of the 1990s.

But the CDC's figures rely on reports from state and local health agencies, and they do not include all 50 states. The CDC declined to comment in advance of the release of the Guttmacher report.

Among the institute's other findings: