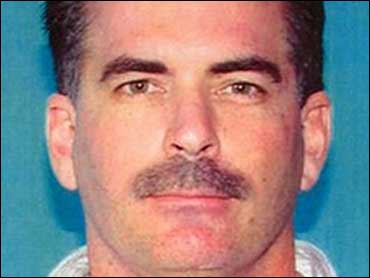 An American man accused of raping his daughter and posting the videos on the Internet has agreed to be extradited from Hong Kong to the United States, his lawyer said Monday.

Kenneth John Freeman, a former reserve sheriff's deputy on the U.S. Marshals Service and U.S. Immigration and Customs Enforcement's most-wanted list, has been challenging the extradition request since he was arrested while traveling in Hong Kong in May.

"After due consideration, Freeman decided he will consent to surrender and be sent to the United States," Freeman's lawyer, Giles Surman, told a Hong Kong court on Monday.

But the attorney added: "Freeman maintains his innocence."

Freeman, 44, a computer adviser and bodybuilder, fled his home in Seattle last year after his 17-year-old daughter told her mother that he had assaulted her four years earlier.

The teenager also told her story on national television, which helped identify her as the victim in a series of child pornography videos on the Internet, according to the U.S. Marshals Service.

Freeman, once a volunteer reserve sheriff's deputy, was charged in Benton County Superior Court in Washington with three counts of child rape and jumping bail. He faces a maximum sentence of life imprisonment if convicted.

Freeman decided to cut the process short partly because he was concerned the continued media coverage would influence a future jury, his lawyer said.

"We did not want a lot of the material that might be presented against him in the United States rehearsed here, where we don't have the benefit of questioning our witnesses," Surman said. "It's in his best interest to consent to the extradition."

He flew from Vancouver, Canada, to Hong Kong in March 2006, then to China, according to U.S. Immigration and Customs Enforcement.

Working with Chinese authorities, U.S. investigators tracked down Freeman in the eastern Chinese city of Suzhou near Shanghai, where he is believed to have been working as a computer consultant for a U.S.-based company.

Authorities waited to arrest Freeman in Hong Kong because mainland China does not have an extradition treaty with the U.S. Although Hong Kong is part of China, the former British colony is governed separately and has its own legal system.