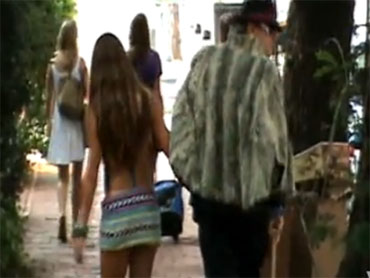 (biggovernment.com)
It began, ridiculously enough, with two young conservatives dressed in "pimp" and "prostitute" costumes that looked like they had been picked up on the cheap for a Halloween party. And it could end with anti-poverty group ACORN, the scandal-prone longtime Republican target, seeing its government support evaporate.

ACORN, the Association of Community Organizations for Reform Now, is finding itself under fire thanks to conservative activists James O'Keefe and Hannah Giles, who dressed in less-than-convincing outfits and headed to ACORN offices around the country with a hidden camera. What they found, in some locations, was ACORN workers who offered tips on how to hide money and falsify taxes for a prostitution operation.

ACORN hit back after the videos emerged, arguing that the clips were doctored and pointing out that the filmmakers were rebuffed in many of their attempts. (In Philadelphia, the group noted, ACORN workers called the police.) In the most recently-released video, ACORN said, the worker did not take the filmmakers seriously and "matched their false scenario with her own false scenarios." (Liberal group Media Matters suggested "journalistic malpractice" had been committed by Fox News in its coverage of the story.)

ACORN did acknowledge some wrongdoing, however, and fired employees who earnestly gave advice to the filmmakers. It also announced an independent investigation Wednesday. But the group vowed to sue the filmmakers, the Web sites where the video was posted, and Fox News, which repeatedly showed the clips, arguing that the undercover filming was illegal in some locations.

5313952The ACORN story might have stayed relatively below the radar had it not been for the efforts of conservative media, which pushed the story hard. Conservative talk radio, Fox News personalities like Glenn Beck, and right-leaning Web sites like the Drudge Report and the new Big Government aggressively promoted each video, the leaked of which over a series of days kept ACORN in the headlines.

Conservatives, such as Beck, have repeatedly complained that the mainstream media, by contrast, has ignored the story, including in comments on this site. Conservative commentator Michelle Malkin, Politico notes, pointed her audience to a radio clip of ABC "World News" anchor Charles Gibson acknowledging that he hadn't heard about the tapes.

ACORN has long been a target of conservatives -- prior to this scandal, the group was harshly criticized because some workers falsified voter applications in the 2008 election, a situation that prompted arrests last week in Florida. But the groundswell around the video seems to have spurred lawmakers into action, and on Monday, the Senate voted 83-7 to deny the group new housing and community grant funding.

That was just the beginning: The following day, Texas Republican Rep. Lamar Smith, citing the voter registration fraud allegations, called for an FBI and Department of Justice investigation of the group. Top Republicans, meanwhile, moved to make sure ACORN gets cut off from taxpayer money altogether: House Republican Leader John Boehner introduced the Defund ACORN Act; 130 House Republicans signed a letter asking President Obama " to use his authority to end all funding to and break all government ties with ACORN;" and Boehner, House Republican Whip Eric Cantor and Rep. Dave Camp urged the IRS to cut off contact with the group. (Boehner also released this video.) The census bureau severed ties with ACORN on Friday. 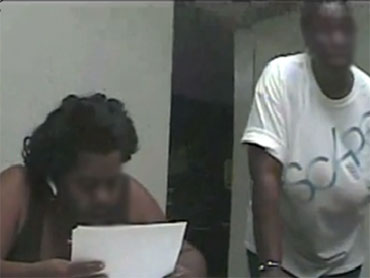 (biggovernment.com)
It's unclear how much ACORN actually gets from the federal government. One insider told Politico that the figure is $1 million to $2 million per year, while Republican Rep. Darrell Issa, an ACORN critic, found the group received $53 million since 1994, plus block grants. ACORN told Politico most federal money has gone to first-time homebuyer counseling and foreclosure prevention efforts.

ACORN suggested it would not be hobbled by the Senate's action Monday, since it "derives most of its income from its members and other supporters, so the decision will have little impact on overall operations," in the words of CEO Bertha Lewis.

But the group now finds itself out of favor in Washington. It has long been a target of Republicans who loathe it because they feel it pushes a liberal agenda, but now it can no longer count on Democrats to come to its defense. On Wednesday, White House spokesman Robert Gibbs said "the conduct that you see on those tapes is completely unacceptable." And just seven senators voted for the group not to have its housing and community grant funding cut, a decision they've taken some heat for.