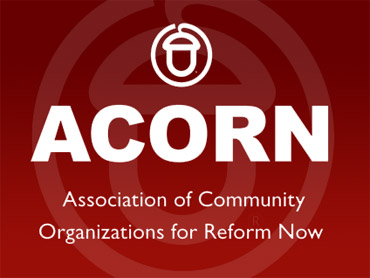 The group ACORN has fired two employees who were seen on hidden-camera video giving tax advice to a man posing as a pimp and a woman who pretended to be a prostitute.

Fox News Channel broadcast excerpts from the video Thursday. On the video, a man and woman visiting ACORN's Baltimore office asked about buying a house and how to account on tax forms for the woman's income. An ACORN employee advised the woman to list her occupation as "performance artist."

The pair also claimed they planned to employ teenage girls from central America as prostitutes, and an ACORN employee suggested that up to three of the girls could be claimed as dependents, according to transcripts of the video posted online by conservative activist James O'Keefe.

O'Keefe told Fox he posed as the pimp and that he was shocked by the ACORN employees' helpfulness.

In a statement, ACORN Maryland board member Margaret Williams said the video was an attempt to smear ACORN, and that undercover teams attempted similar setups in at least three other ACORN offices.

Williams said no tax returns were filed and no assistance was provided.