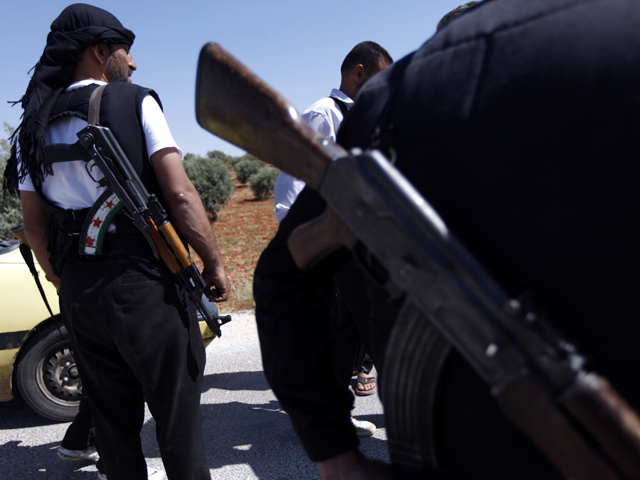 (CBS/AP) BEIRUT - Syrian activists reported a surge of bloodshed in the central Hama province late Wednesday, with at least 23 people killed — and possibly many more.

The reported mass killings are likely to ignite more anger nearly two weeks after the massacre of more than 100 people elsewhere in Syria as an international peace plan unravels and the country spirals toward civil war.

The exact circumstances of the violence in Hama were impossible to independently confirm.

Rami Abdul-Rahman, the head of the Britain-based Syrian Observatory for Human Rights, said he had gathered the names of 23 people killed in shelling and other attacks. But the Local Coordination Committees, an activist group, said at least 86 were dead.

Abdul-Rahman called on U.N. observers to visit the area immediately.

"Do not wait until tomorrow in order to investigate this latest massacre," he said.

Hama was the site of a notorious massacre in 1982, when Assad's father and predecessor, Hafez, ordered the military to quell a Sunni rebellion. Amnesty International has estimated that between 10,000 and 25,000 people were killed in the siege, though conflicting figures exist and the Syrian government has never made an official estimate.

Activists say as many as 13,000 people have been killed in Assad's crackdown against the anti-government uprising that began in March 2011 with mostly peaceful protests but morphed into an armed insurgency amid a violent regime crackdown.

The violence in Syria has grown increasingly chaotic in recent months, and it is difficult to assign blame for much of the bloodshed. The government restricts journalists from moving freely, making it nearly impossible to independently verify accounts from either side.

Just last week, more than 100 people were massacred in Houla, a collection of poor farming villages and olive groves in Syria's central Homs province. Many of those killed were women and children who were shot or stabbed in their houses.

Assad himself blamed terrorists trying to stoke the conflict. U.N. investigators and witnesses blamed at least some of the Houla killings on shadowy gunmen known as shabiha who operate on behalf of Assad's government.

Recruited from the ranks of Assad's Alawite religious community, the militiamen enable the government to distance itself from direct responsibility for the execution-style killings, torture and revenge attacks that have become hallmarks of the shabiha.

In many ways, the shabiha are more terrifying than the army and security forces, whose tactics include shelling residential neighborhoods and firing on protesters. The swaggering gunmen are deployed specifically to brutalize and intimidate Assad's opponents.

Activists who helped collect the dead in the aftermath of the Houla massacre described dismembered bodies in the streets, and row upon row of corpses shrouded in blankets.